One More Before I Eat Something 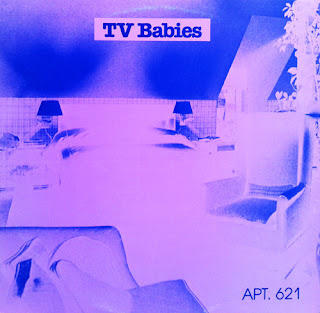 Synthpop from NYC in the early 80's.

Posted by Swinging Singles Club at 4:50 AM 3 comments:

September Baseball and the Season's Drawing to a Close

It's a long time ago.

Last October from your reference point to be precise. The Nationals just won Game One of the 2019 World Series against the Astros.

I only hope that my future baseball enjoying self is pleased and made it to a few games in different parks this year.

Maybe we'll get up to an even dozen different parks this year..

Which is a good lead in to this band 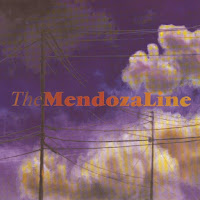 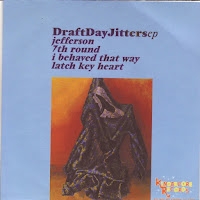 The Mendoza Line is the culturally accepted point where being kind of bad at the plate in baseball turns into total shit. Generally when you're hitting below the .200 mark.

The Mendoza Line were a long running band that originated in Athens, GA before schlepping it up to Brooklyn, NY to seek out their fame and fortune.

It didn't quite happen, but 12 years was a good run.

Here's an interview about the dissolution of the band and marriage within the band.

This single is without such drama though. It's their first release on Kindercore (they also contributed to the Kindercore Singles of the Month deal that can be found elsewhere on this blog.)

Listen and remember the good times 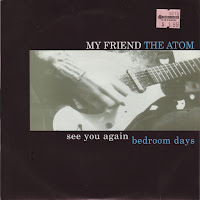 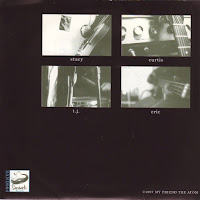 The only thing I could find was that My Friend the Atom were based in Fort Worth, Texas.
This is their only recording. A lovely pop jangle with female vocals.

If someone were to task me with organizing a series of reissue compilations of long forgotten but fucking wonderful indiepop, jangle, garage, shoegaze etc... singles of the 90s (ala the Pebbles, Homework and Killed by Death series) "See You Again" would undoubtedly appear on Volume One. It's a pitch perfect example of a time and a genre.

(I simple await the call from Numero Group. I have plenty of good ideas...)
Posted by Swinging Singles Club at 4:16 AM No comments:

This is Me Procrastinating


I should be making a chocolate ice cream base, but I'm putting it off for no other reason than I just don't feel like doing it right now. 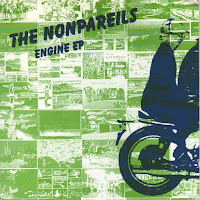 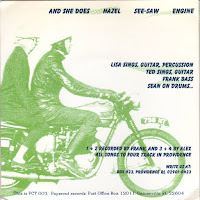 I like nonpareils as candy.
Chocolate with the little round sugar crunchy things on top.

I also like the Nonpareils as a band.
From the same Providence, Rhode Island scene that gave us the overly earnest sounds of Small Factory (Alex Kemp of which assisted in the recording of the latter two songs here.) and the ever wonderful pop sounds of Honeybunch. 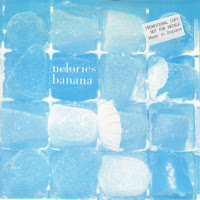 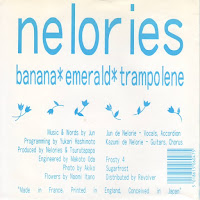 The Nelories were from Japan.

An accordion and guitar duo just like They Might Be Giants,  I learned everything I needed to know (except their hometown) from the TMBG Wiki

This is extraordinarily pleasant listening depending on your personal tolerance for the accordion and lyrics written by someone who doesn't speak English.

(My personal tolerance is high enough that someone really ought to consider an intervention.)

Posted by Swinging Singles Club at 3:42 AM No comments:


I suppose my laziness is your bonus since something just posted yesterday.

This is a test. 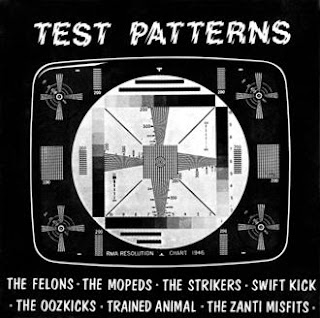 A compilation of various independent and punk-ish, Nu Wave-ish bands in and around the St. Louis, MO area. Not exactly the first location that comes to mind when considering such things, but here we are. 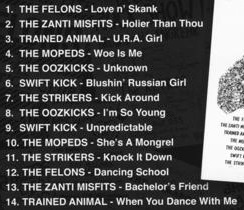 I clipped a jpg of the tracklist for you because I'm too fucking lazy to type that shit out.

This fine archival recording of a scene that, unless you were there, you probably didn't even know existed until you clicked on this page (and I will admit that I was unaware of it until I purchased this record) was reissued in 2010 by the fine folks at Rerun Records.

If you're not a cheapskate you can purchase your very own pristine digital compact disc version of it on their website. It's only $3 brand spanking new direct from the label!

Posted by Swinging Singles Club at 3:03 AM No comments: 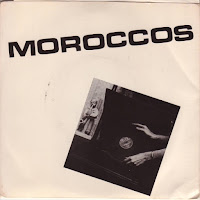 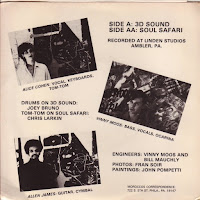 Seriously there's not fucking diddly squat I could find about this band in a short search. Moroccos appear to be from Philadelphia and everybody was in a couple of other bands.

A side is some seriously nice catchy danceable Nu Wave. B side is an instrumental.

Does it matter?
Fuck No.

Is it good?
Hell Yes. 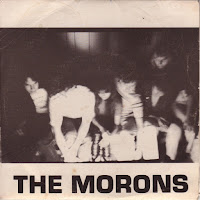 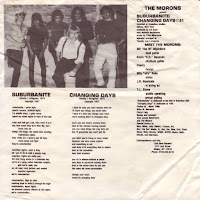 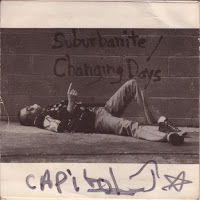 The Morons were from Albany, NY.

This and a compilation appearance are the only evidence of their existence except in memories.


And today, a special bonus.
Just because... 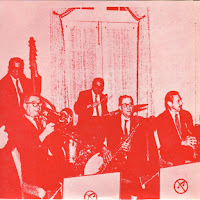 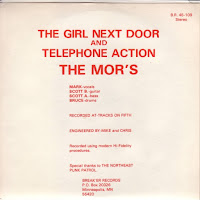 Another blink and you missed it Minneapolis group that cluttered up the Break'er Records catalog. Kind of almost Power Pop. Probably considered a "punk" band at the time.

I think I have actually less than a dollar invested in this one if I remember correctly.
Total score on my end.
Posted by Swinging Singles Club at 2:08 AM No comments: