Can You tell this is the eleventh post I've queued tonight?


Snotty 60's shit. Comped  probably a bunch of  times already. These are my copies. 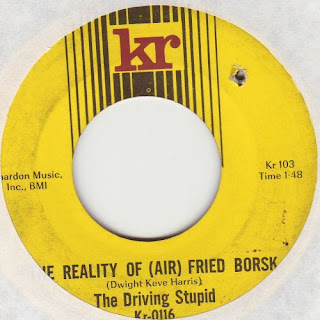 The Driving Stupid. It really doesn't get any better than this. Really. Listen to this and then realize that you'll be dead one day. Then listen to the other side and be glad you did. 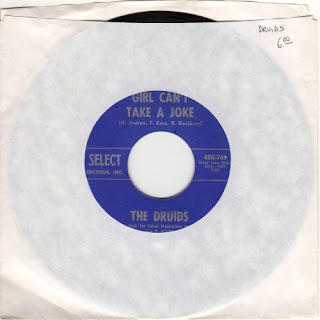 A listing on Arf!Arf! Records site places them in New York state. I'll trust Erik Lindgren on that point. He is an authority on such things. Song itself is a fabulous jangly bit of snot. She can dish it out, but she can't take it when someone plays with her heart. Sucker.
Posted by Swinging Singles Club at 3:31 AM No comments:


Stuff that I want to post, but have no idea why and no back story to connect the two. 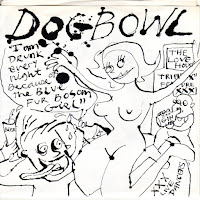 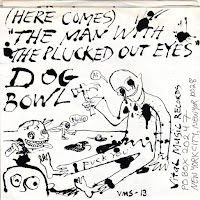 Dogbowl (aka Stephen Tunney) of minor renown as the original guitarist of King Missile who had a tiny brush with fame in 1992 with "Detachable Penis" after he'd had left the band. 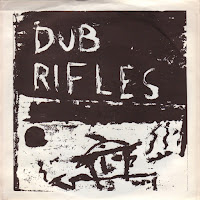 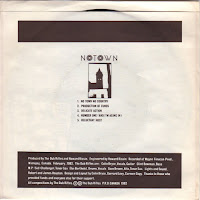 Some somewhat punk/new wave, somewhat ska stuff from Winnipeg, Canada.
It's the dual saxophones. Throws the whole genre metric off somehow if you give a fuck about microgenres and such. It's still rock and roll to me.
Posted by Swinging Singles Club at 2:58 AM No comments: 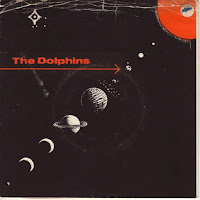 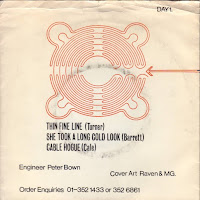 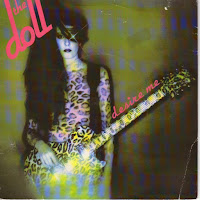 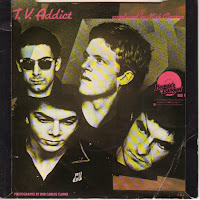 [insert wry comment about coordinating outfit & guitar]
Posted by Swinging Singles Club at 2:46 AM No comments:

Email ThisBlogThis!Share to TwitterShare to FacebookShare to Pinterest
Labels: 1978, 1981, UK


I love Discogs.  It's one of the best things about the 21st Century and the Age of Information. No longer is learning what constitutes an artists discography a matter of searching, researching and hunting around in used bins. You can hop online and find it and in most cases buy it all with a few mouse clicks (or at the very least download a copy to listen to if you're not into the whole source material schtick.)

But even now, occasionally a few things fall through its many tentacled heart. 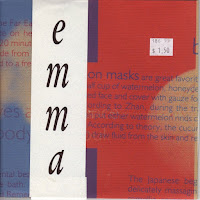 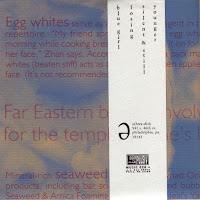 Sometimes it's a matter of naming your band Emma. It's bound to make it difficult to find your band ever on the internet for all of fucking eternity. But even then if nobody who has a copy of your sole (presumably, I can't tell you named your band "Emma") double 7" release and uploads the information to Discogs then I won't find it there anyway. So it has to get done. And now that it is I see that Parasol Records has a copy to sell. Be a dear and purchase that. 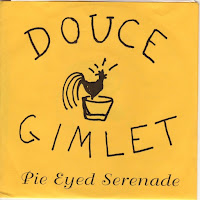 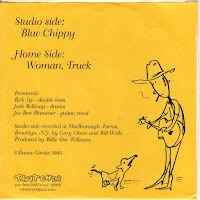 Maybe it's just that 1995 was a weird year for vinyl as everybody was too busy with ringing its death knell digging it a big hole to die in that nobody took time to account for all the weird little things that actually were released. Here's another. It's from the NYC area and appears to be a little one off thing by some obscure people from other obscure bands.

It's a bit country. "Blue Chippy" is a great little toe tapper. Share it with your friends over a tall boy.

Posted by Swinging Singles Club at 2:25 AM No comments:


These are a couple of things that rather surprised me when I got them. 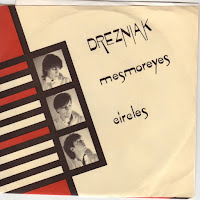 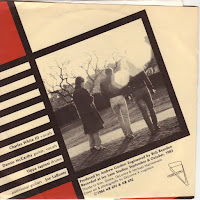 Drezniak were from Boston. They're kind of at the tail end of my particular Golden Age for choosing singles, but I did remember the name when I got this. I remembered that I didn't particularly care for them at the time, but since I've so often reconsidered the opinions of my younger and more pretentiously stupid self thought it worth giving another chance despite having a song called "Mesmoreyes". (Terrible puns don't exactly inspire confidence.)

I was right to do so.

Nice three piece early 80's indie pop. Kind of catchy and danceable. I didn't understand why I didn't like this originally. This single certainly seems like something that would have at the very least have been something I'd put on compilation tapes for girls.

There are a couple of videos of a later incarnation with a New Wave/Goth girl playing synth that aren't quite as interesting as this. They look kind of smug too. And the videos just ooze 1984 like one might liquor after an especially long night. 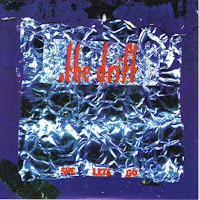 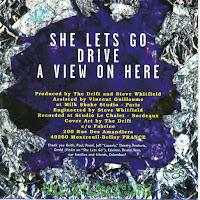 This one was released on Silver Girl Records. I bought some mail order from the guy who ran the label (I don't even remember what it was. Might have been the Hula Hoop lp maybe...) and he threw this in with my purchase just because he's a swell guy and thought I might like it. He was right.  Some nice shoegazing stuff for everybody's listening pleasure. And from France too. How about that? 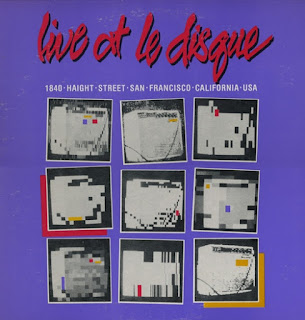 It's a 2 Lp live compilation of mostly the pop side of San Francisco's indie band scene at the time though it gets a little artsy fartsier at times. Punk rock gets all the love, but there were all these bands too. Chris Hamburger's "City Lights" is quite a good track. There's also an appearance by Red Asphalt whose single will appear hear in some future year when I make it that deep into the boxes. Come to think of it the Richi Ray track is also pretty good too, if I remember correctly.

As always your mileage will vary, but I've had this on my phone for a decent length of time already without feeling like I need to take it off, if that's of any value to you.
Posted by Swinging Singles Club at 1:02 AM 1 comment: 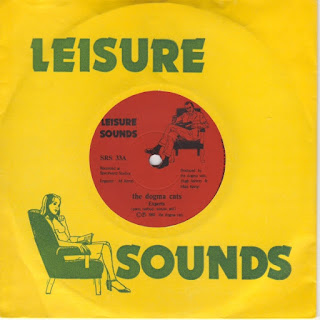 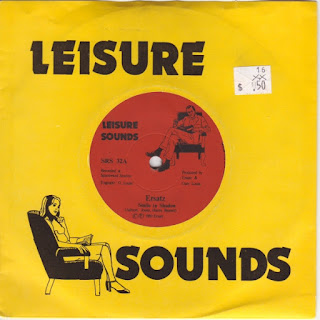 I know which one I prefer. You're an adult. You decide for yourself.
Posted by Swinging Singles Club at 12:44 AM No comments:

Email ThisBlogThis!Share to TwitterShare to FacebookShare to Pinterest
Labels: 1980, UK


Continuing on with the similarly named band theme because that's how the alphabet works. 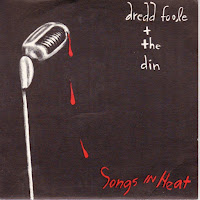 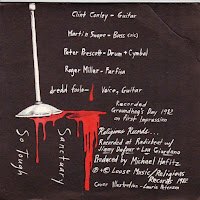 The Din here is Mission of Burma. 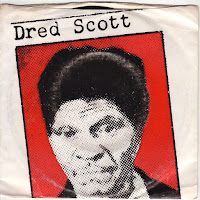 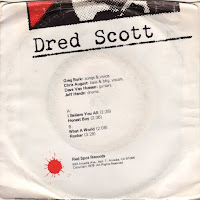 California punk rock circa 1979. Much much better than the Supreme Court decision they took their name from.
Posted by Swinging Singles Club at 12:05 AM No comments:

A-Hunting We Will Go


Time to crap out another quick post with the band names sharing a theme. 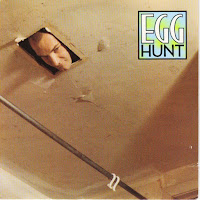 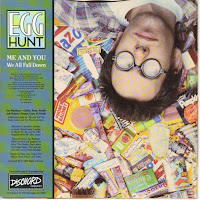 This was an intensely exciting thing when it came out because it was a one off project by Ian McKaye and Jeff Nelson from Minor Threat. Together they own Dischord Records. It was half of that band making music. We listened to it often. I still like to listen to it. You may too. 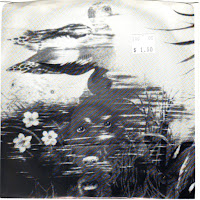 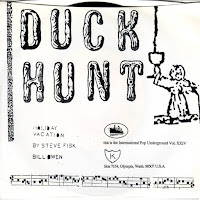 This is also a one off project on K records by Steve Fisk noted Seattle producer musician & all around good egg and his Pell Mell bandmate Bill Owen.
If I wasn't incredibly lazy I'd look and see if I'd previously posted the single he did in 1980 as Anonymous which is also an odd sonic mish mosh of studio fuckery. I may or may not have. If I didn't I may come back and post it later if anybody gives a shit and maybe asks nicely. But I'm not holding my breath.

Posted by Swinging Singles Club at 12:01 AM No comments: