Shit happens and then there's a frightening amount of Boyracer

So, I've been away for a bit. Not that the world at large noticed or cared. This blind alley in the rather dodgy section of the internet is usually very overlooked. (And with likely good cause.)

But here's the deal. My old laptop's hard drive went belly up. I got a new laptop. However, new OS meant that the ancient but still functioning scanner no longer worked with it. Plus this Lenovo piece of shit has an annoying tendency to spontaneously crash at least once an hour and usually a lot more than that. (There seems to be an issue with the wireless LAN driver) Plus work has been busy and I haven't had much time or interest in digitizing anything.

Previous to the collapse of my digital world I'd had a big rush to get reacquainted with the at times frantic and noisy, but always a bit too sensitive world of Boyracer. (who were for all intents and purposes Stewart Anderson and all who sailed with him, then and now.) I then went through what I had of their considerable back catalog with fresh vinyl rips. It's not complete by any stretch, but it is pretty expansive and entertaining as fuck nearly all the way through. It seems like it's almost all out of print too which is a bit of a shame. You might have thought that Stewart would have become some sort of underground indie legend given his prolific nature and propensity for noisy and lo-fi pop hooks. (It worked for Robert Pollard...) At some point I'll fill in the last gasps/gaps when the mood strikes me and my wallet and my anal retentive collector nature.

Anyway,  for no other reason than shits and giggles and because it's great summer listening and on a metric shit ton of seven inches, I'm just going to put up everything I've got up to this point..

(If you're a good and honest internet downloader, you should also mosey on over to Jen + Stew which is the label site run by our hero and his wife and buy some of the stuff they're doing now. It's the right thing to do and you'll get mail. Everybody likes getting mail.)


The vinyl deluge that was to be known as Boyracer all started with a single song on a flexi disc which they split with Louisville's own Hula Hoop. 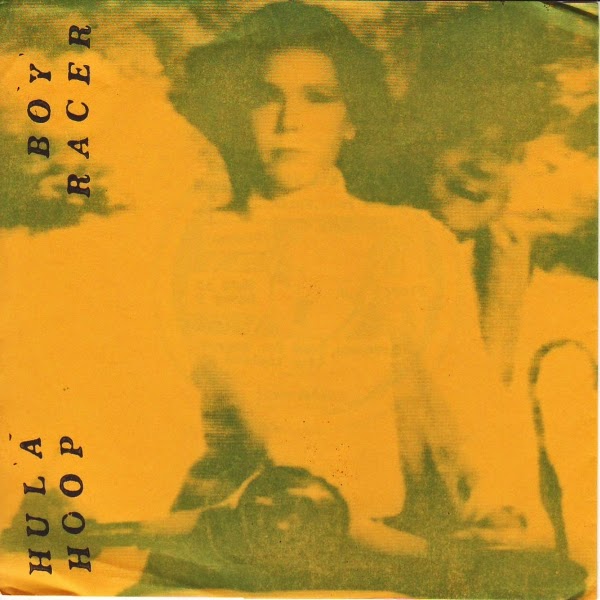 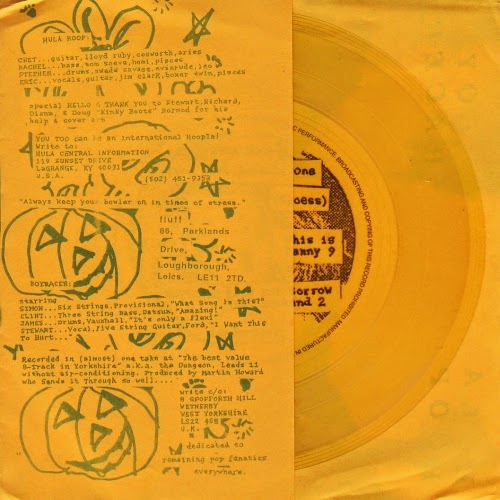 
These two bands were some sort of kindred spirits it seems, though they sound nothing similar. They shared vinyl space on a full length and on a compilation lp and Stewart and Eric from Hula Hoop would go on to make 4-track recordings under the moniker Hulaboy. A splendid time was had by all. 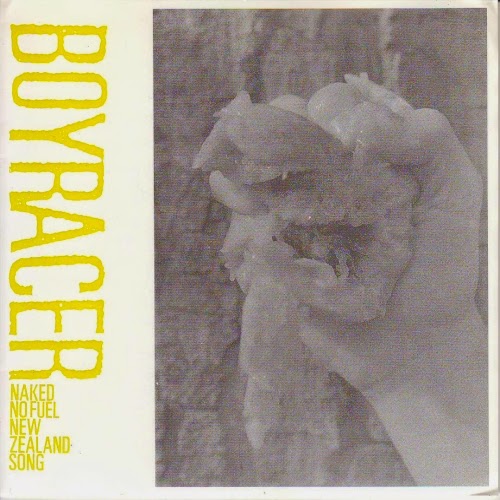 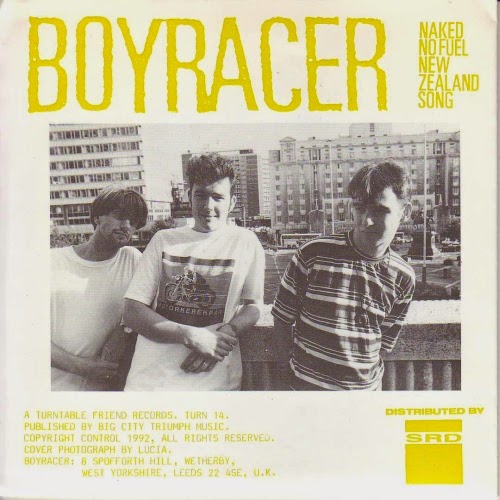 After another flexi (that I don't currently have) came the first actual Boyracer vinyl on Turntable Friend. I liked that label quite a bit if for no other reason than they made high quality pressings on heavy vinyl. It just feels substantial and like they actually gave a shit. A side is a slow one, but things heat up a bit on the flip. This one almost sounds produced. I dunno. It came in the mail this morning.

Posted by Swinging Singles Club at 4:51 AM No comments:

The Front & Made for TV 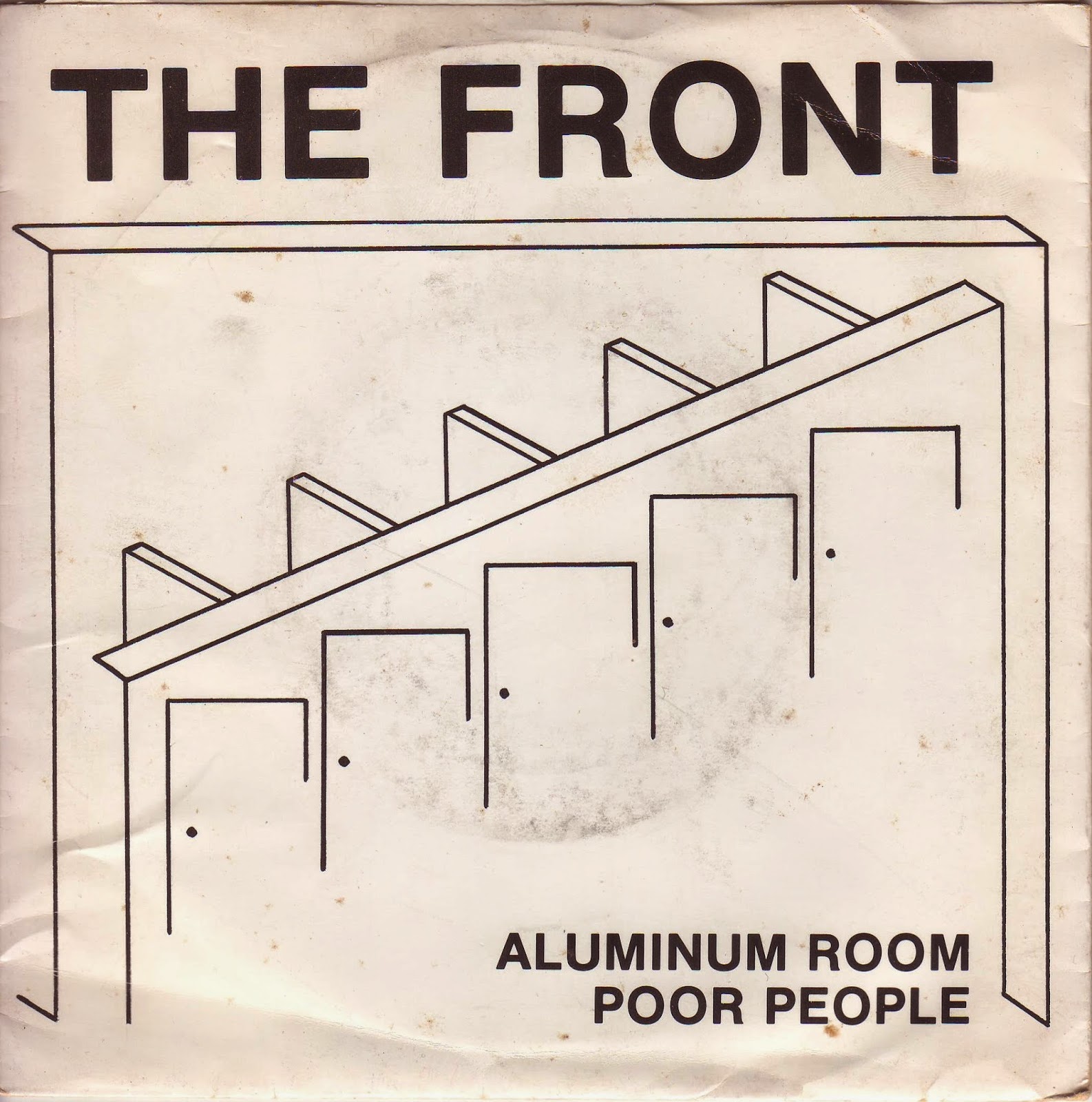 Florida. It's a state full of alligators, old people and where people do very odd things for some reason. "Florida man" is an American archetype that seems to defy logic. While certainly that kind of strange stupidity goes on everywhere, there's such a seeming extreme concentration that occurs on that particular peninsula. 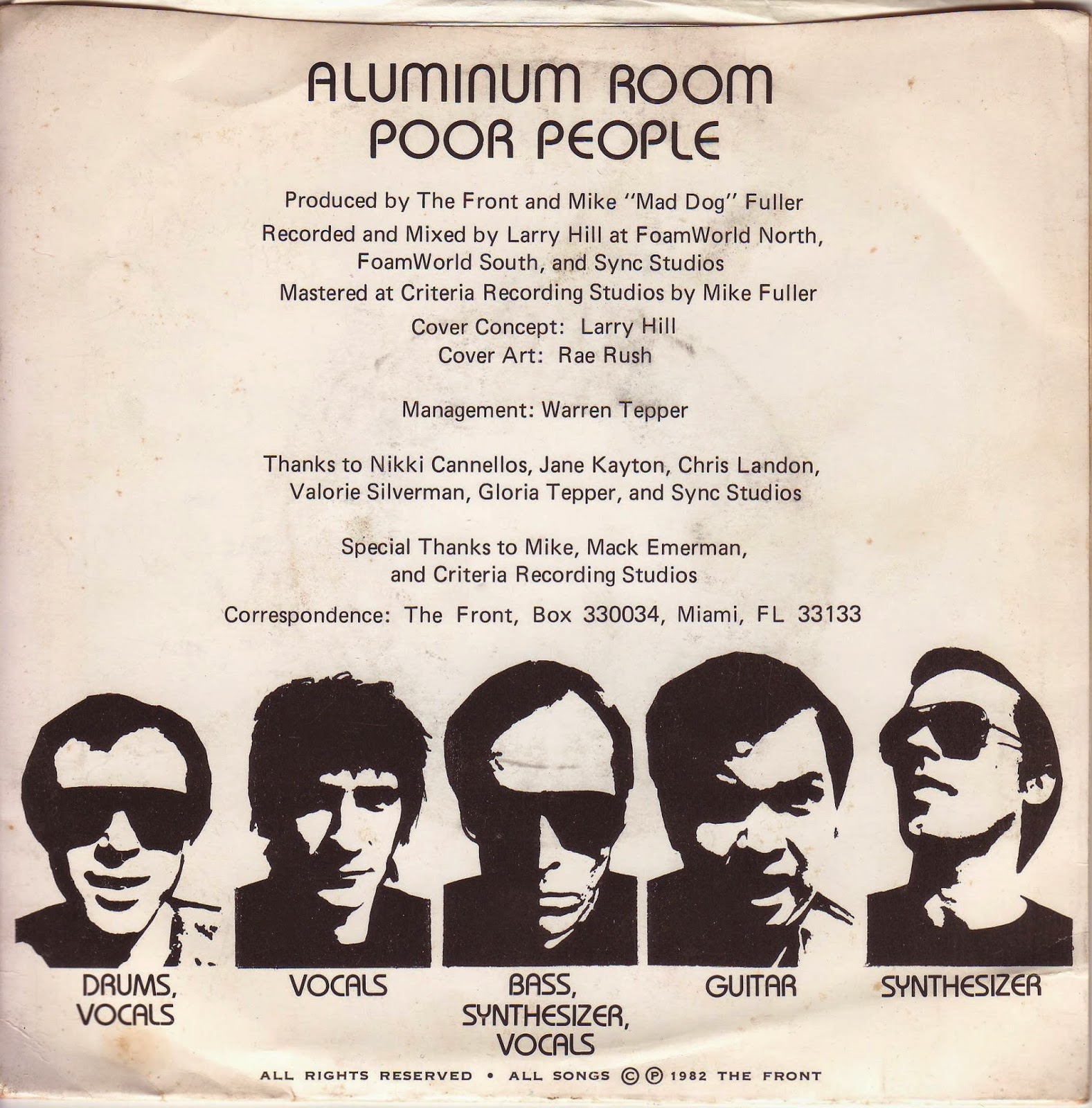 The Front were from Florida. This is their second single and is some fine quirky New Wave Pop. It's entertaining and does not involve alligators. I like it. There is even an "official" video for "Aluminum Room" 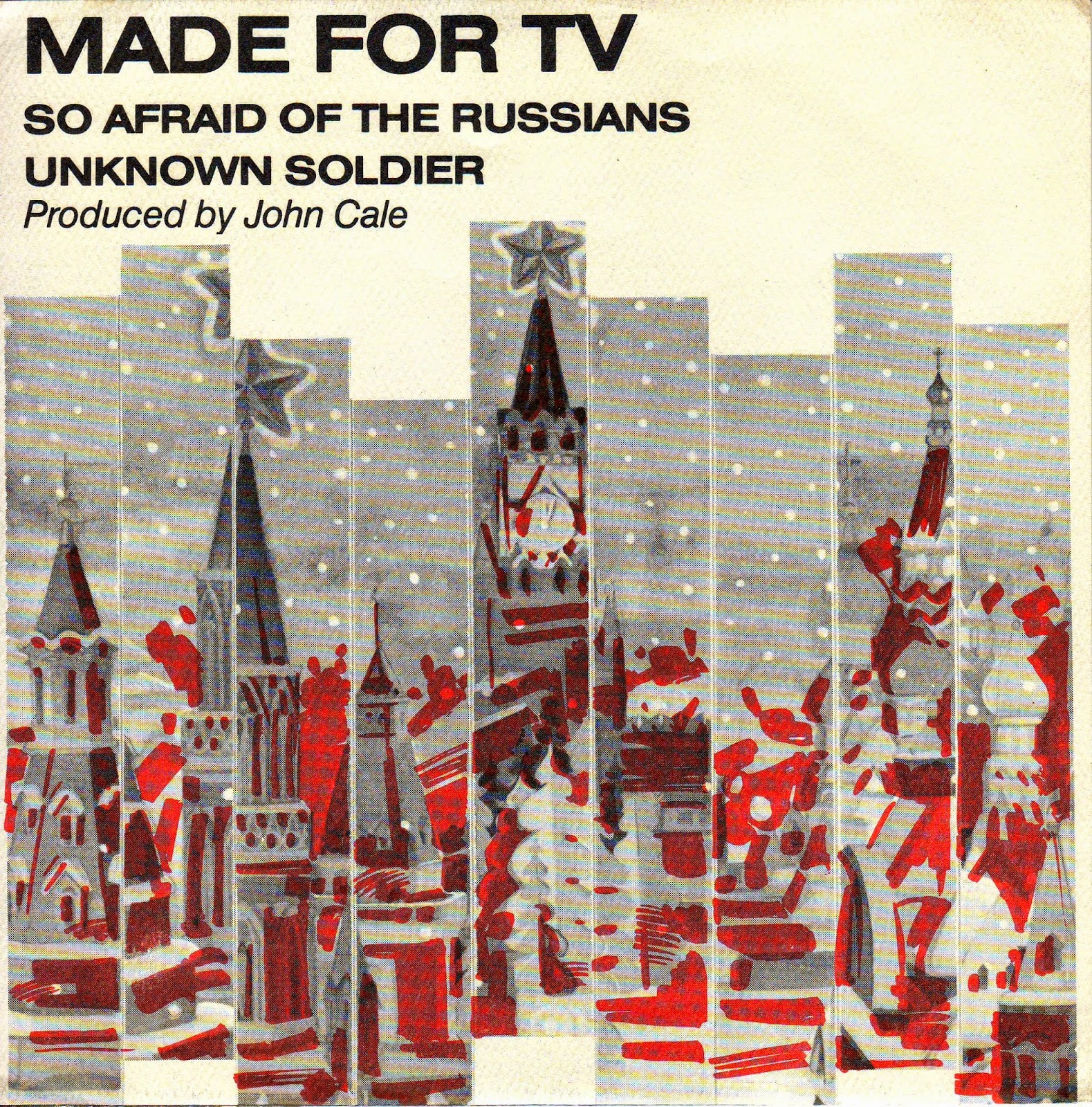 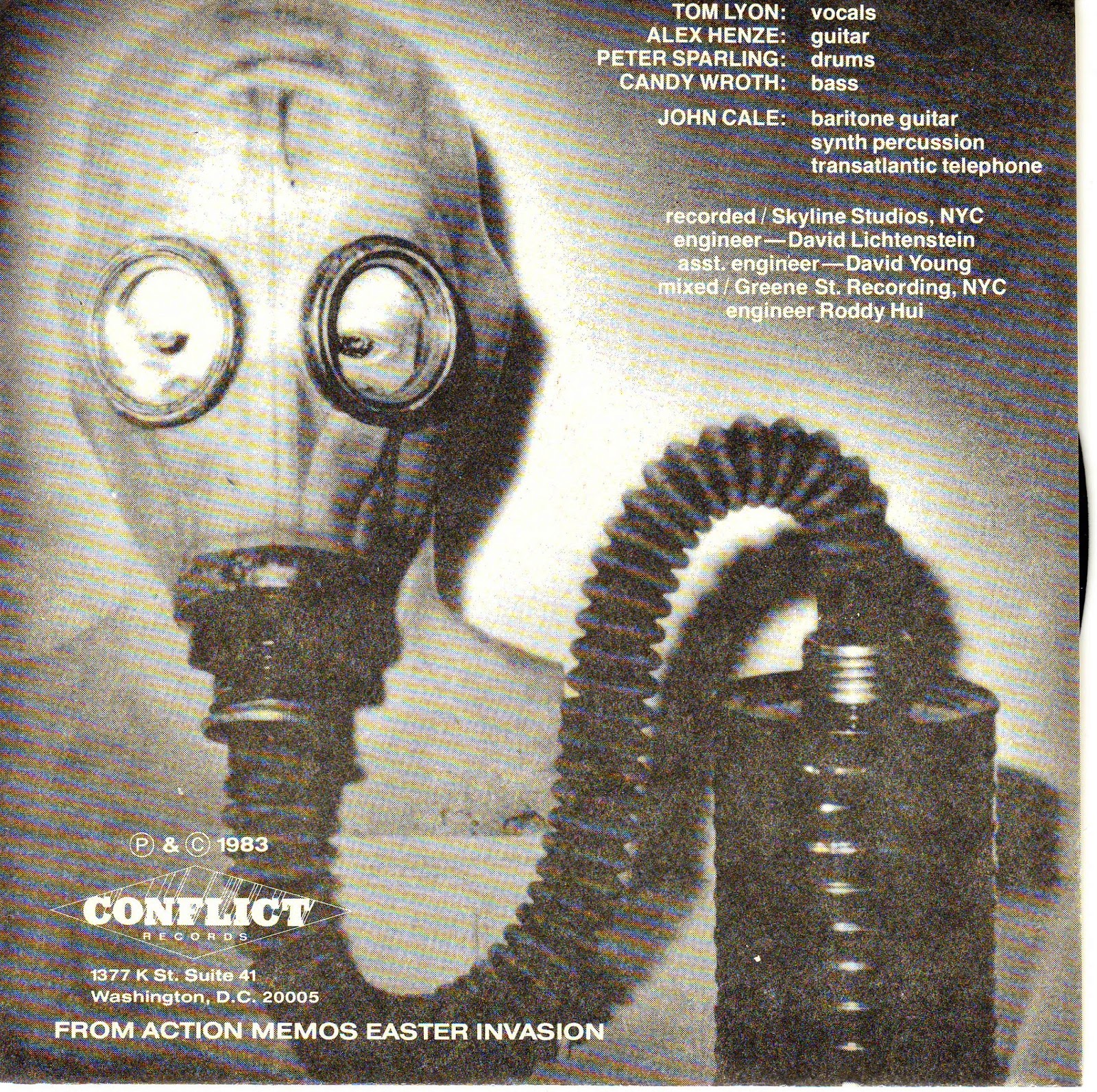 Made For TV made this little bit of new wave Cold War paranoia in 1983. Nothing interesting pops up on first google and I'm not caffeinated enough to venture beyond the first page. The label is from Washington DC and John Cale was involved. So there you have it. This single will need to be judged on its own merits. You can do that. I believe in you.

Posted by Swinging Singles Club at 9:02 AM No comments: