Still way down under in New Zealand for this one 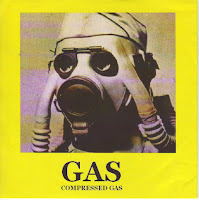 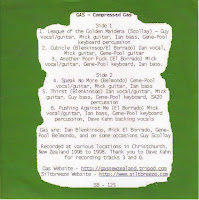 Released on Siltbreeze in 2009, but the recordings themselves date from between 1996 & 1998. Another in a long line of bands involving some of the folks who populated a hundred other bands I really like such as Scorched Earth Policy & the Terminals.


I swear, these guys are like the Taco Bell of musicians. Constantly forming new bands out of different combinations of the same small pool of ingredients. (and every one something I particularly gravitate to) and to top it off they named themselves Gas which makes them according to Discogs the twelfth band to use the moniker. 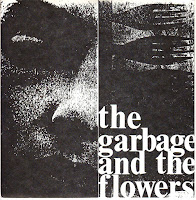 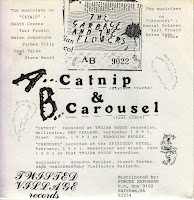 Meanwhile the first the Western Hemisphere was aware of the Garbage and the Flowers was this release on Twisted Village. The obvious cues for them are, of course, the Velvet Underground but who gives a shit. They didn't. They barely rehearsed or performed. They broke up and then moved to Australia and reformed. This was the only release while they existed the first time. They were quiet and they were noisy in that Jesus and Mary Chain either/or kind of song by song basis.

They were influential in those circles where people like to namedrop really obscure shit to seem smarter than they really are.

Here's your opportunity to call those assholes on their bluff.
Posted by Swinging Singles Club at 2:42 PM 2 comments:


Sort of running out of creative ways to describe Mr. Galbraith's oeuvre.

What say we stick with "Good Stuff" for now

or at least until I'm awake or had enough coffee to expand my vocabulary enough to do justice to what it is.

Or just listen and come up with your own idea. 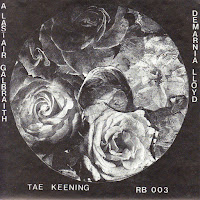 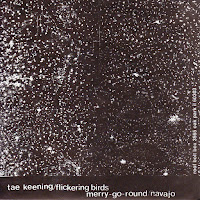 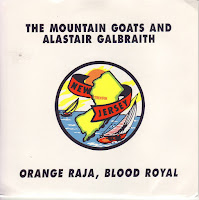 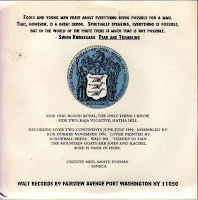 It's probably around this time that I got to see Alastair live and in person at the Uptown Bar & Grill (r.i.p.) with Peter Jefferies and I think, Trash. (Sandra Bell may have been involved as well. But there were a lot of NZ folks touring though town at that time and it was a long time ago. Details may be a bit jumbled in my fading memory)

I bought one of the few remaining copies of the Plagal Grind ep from Mr. Jefferies and one of the 30 or so copies of Mr. Galbraith's "Seconds" cassette (which I'll digitize some day when I'm not quite so afraid of my cassette deck eating it.) which he'd made exclusively for the tour and sorely underestimated demand for. (they were gone in two stops)

Peter Jefferies sat in my booth while we watched Alastair's set.
(It went something like this but younger.)

But this single is our hero adding his bits in a trans-world tape exchange collaboration with John Darnielle (aka Mountain Goats). It's more Mountain Goats than Galbraith, but this is where I'd originally filed it so I'm sticking it here anyway. I'll probably put it away differently now.
Posted by Swinging Singles Club at 2:28 PM No comments:

More of the same and for good reason 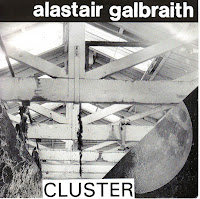 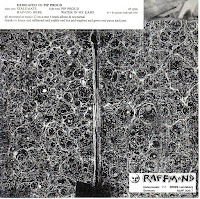 Of note is the song "Pip Proud" which is the first mention I think most of us had ever heard of this mysterious unknown Australian artist who was billed as being Australia's answer to Syd Barrett even though he recorded his first couple of lps before Syd released his first solo lp. Byron Coley lays out his story pretty well in his review of a 2014 compilation, "A Fraying Space"
Alastair would go on to record one seven inch collaboration with him that's on the docket somewhere way down the line. (It's filed under "P". You'll have to wait until I get there.) 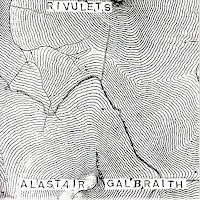 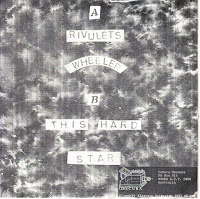 And while you're at it. There's lots more at his Bandcamp. Go and buy some stuff. It's worth it.
Posted by Swinging Singles Club at 1:38 PM 2 comments: 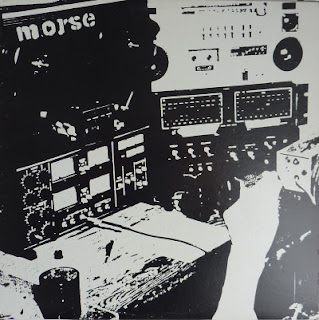 It's been reissued a couple of times on CD. But here's my beloved copy of the original Siltbreeze vinyl release by Alastair Galbraith. Still a favorite around the confines of this room.
"Stone", the closer, is the one that seals the deal.
Play delicately and exquisitely late in the night.

Posted by Swinging Singles Club at 9:45 AM No comments:

The small and the intimate


I'm starting to think if I keep queuing stuff up at the pace I'm going, I'll soon be a full year ahead of myself. At the time I am starting this one, it's just past Thanksgiving of 2016 and Fidel Castro, in one last act of defiance against the CIA that plotted his assassination for many years, has died of old age.

Hopefully 2017 has been an improvement on the previous shit show that 2016 was.

I suspect that my future self is not hold my breath. 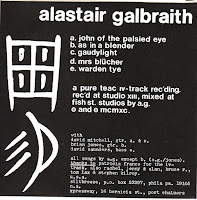 My introduction to the small and magical lo-fi world of Alastair Galbraith.

I've always had a sort of contention that people write music to fill up the area that they play it in. It stands to reason that as a band's venue grows, so does the music change to reach those elusive nosebleed seats and the size and scope of the sound grows with it.
In other cases, there is a kind of personal music that one does on one's own that exists primarily within the confines of a small room and the headphones attached to recording device.

It isn't very big. Not as much time is spent on getting every detail perfect as capturing the moment, warts and all as it happens when the little red recording light is a steady red. Small fragile things and snippets of songs cut off suddenly when they seem on the verge of going awry.

Ideal for headphones and long walks. 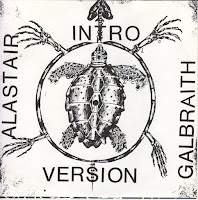 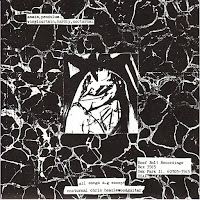 Go to his bandcamp page. Give him some love and some money.
You know you can.

Posted by Swinging Singles Club at 9:19 AM No comments:


The recent set of Flesh Eaters lps reminded me that I had this as well, so I had to come and reconjigger my posting queue to elbow it into place. 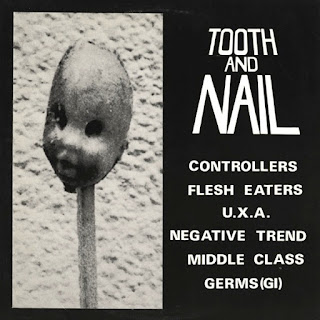 I really don't fully understand why these early compilations never seem to get the love that they deserve. I mean, individual contemporary singles by any of these bands (except maybe U.X.A.) would command a nice chunk of change, but this handy 1979 record with all of them together in one place, not so much.

I get me some affordable Controllers, Middle Class and some nice early Flesh Eaters recordings. Others get the Germs.

It's all good in the end, I suppose. Everybody gets something in the deal.

This is a difficult listening kind of day

Difficult listening comes in many shapes and forms.

Here are two fine examples to listen to and cherish and induce migraines with.

Use them wisely, Grasshopper 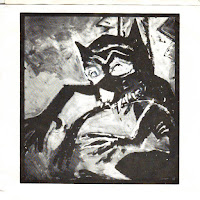 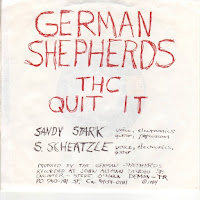 The German Shepherds. Electronic fuckery and general irritating nonsense. Like them on Facebook and invite your friends to do the same. Music for all the bad times. Let "THC" be a warning to you while you're at it. 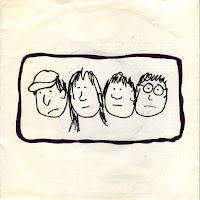 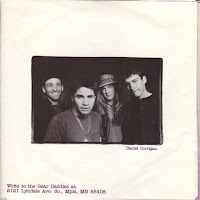 The obvious temptation would have been for me to rush this to post in the immediate wake of Prince's untimely demise. I resisted. I respect Prince more than that with an easy and obvious cash in.

So I present it now.

It's a three song single where Minneapolis' own Gear Daddies attempt three different covers to varying degrees of success.

First and foremost is a very passable version of the recently late Prince's "Little Red Corvette". It's not terrible and was/is probably still a good crowd pleaser.
They also make an under rehearsed pass at Marty Robbin's "White Sports Coat and a Pink Carnation"  Amusing, but not unenjoyable nor any improvement on the original.

And then they have to go and top it off with what can only be considered a crime against humanity. A dramatic reading of the lyric of "The Rose" perhaps and inarguably one of the worst schmaltzy crap songs ever written.

It makes "We Built This City" seem like fucking genius. (Starship at least ever so slightly redeem themselves by including the Residents in the video for the shitty song)

I'd rather listen to a Merzbow marathon than sit through "The Rose" in any form ever.


Posted by Swinging Singles Club at 9:08 AM No comments:

My sleeping schedule is all messed up


Went out of town for a week and had to flip my schedule to normal people time now I'm in some weird twilight sleep where I'm neither completely night nor day and awake when I really shouldn't be. It's going to take weeks for me to sort this shit out.

In the meantime here's some oddities to wet your sonic whistle 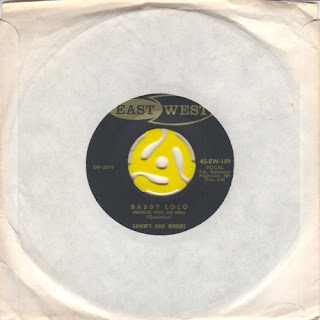 
Yeah, so it's kind of hard to figure out what was going on here. This single released by Ganim's Asia Minors was the product of Charles Ganimian, and Armenian-American musician and virtuoso oud player whose parents had emigrated from Turkey in the early 20's

Here he applies his heritage and oud playing to making a novelty rock and roll song.
It works. 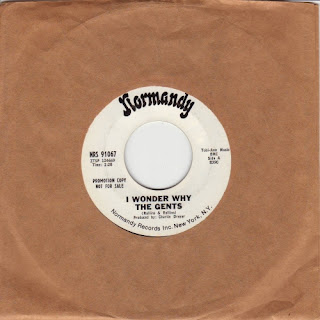 At least that's what the intertubes says, and I for one, am inclined to just go ahead and trust it on that.

So imagine if you will that you are a young hip garage band from Provo, Utah and you've got a sweet raw garage fuzz number and something important to say to the world, but you don't trust that any radio station that might play your record will choose the song you want to share with the world.

What do you do?

If you're the Gents the solution is to put a version of Beethoven's "Moonlight Sonata" as the flip to the fuzz number. Ain't nobody going to play that shit.

(Or it could be that they only had the one song. Either is plausible) 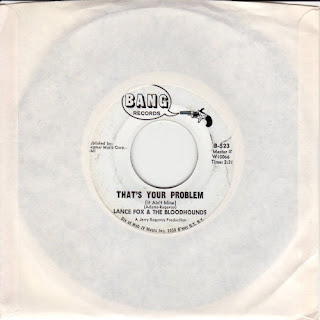 A pleasant enough 60's garage number foisted upon an unsuspecting teen audience by the production factory at Bang records under the auspices of songwriter Jerry Ragovoy. This was in the days when there were still professional songwriters who would cobble together a track with studio musicians and throw it out to the radio stations like so much sonic chum. If somebody picked it up and it started gaining some traction, they'd quickly assemble a group of long haired youth to go out and be that group for as long as the momentum lasted. Bang had a few of these faux teen groups ( the Strangeloves being probably their most famous product)

Which isn't to say that this isn't a nice track. It is. It's a professional product and nicely done. Jerry knew what he was doing and his intended audience. That it was the product of a white collar dude in his 30's for a rebellious teenage market is just icing on the proverbial cake.

It's almost weirdly reversely subversive. The revolution will not be televised, but it will be packaged and sold back to you wholesale.

Have an issue with that and your delicate sense of authenticity?

As the song goes:

I'm not fooling anybody today. It's the  Flesh Eaters again. 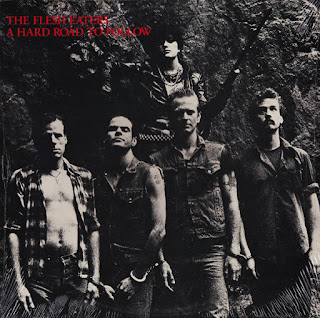 Fourth and final Lp for the original Flesh Eaters run.

It sounds like they mean it this time, except when they meant it every other time too.
Posted by Swinging Singles Club at 1:12 PM No comments: 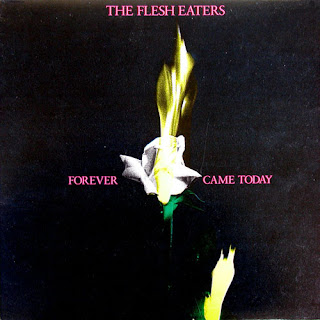 This is not an April Fool's joke.
That is all.

Posted by Swinging Singles Club at 1:06 PM No comments: