Let's just finish up the month 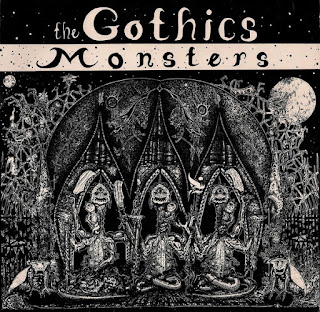 This is what I was looking for in the last post.

It's a 10" record by the Gothics. Two thirds of this band was previously in Plasticland.
This is kind of the continuation from there and your experience will vary depending.

As I said, I went specifically looking for this one in the recesses of the mostly overlooked 10" record stash. I feel like I've made myself clear on where I stand.

Posted by Swinging Singles Club at 2:53 AM No comments:

I Almost Forgot a Title


I'm running on fumes and the cat has taken up position to stare me into feeding her. 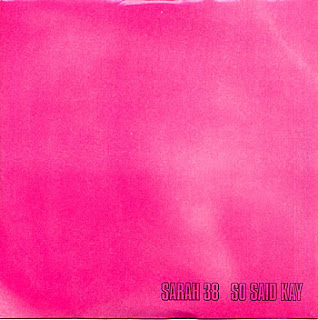 So I pulled out the small stack of 10" records too the other day in search of something else and found this one by the Field Mice. They were pretty much the best band on Sarah Records by my estimation and there's no point arguing that. I didn't really need to digitize this. All the tracks are on the  "Where'd You Learn to Kiss Like That?" compilation that Shinkansen put out in 1998, but I wanted to listen to it again. So I made this to post.
You're welcome.
Posted by Swinging Singles Club at 2:45 AM 1 comment:


I have an appointment for my annual physical in the morning. Therefore I am having to fast for the remainder of the night, which normally wouldn't be a problem since I tend not to eat a whole lot during these hours and even less if I'm keeping myself occupied with projects like this crap. But it's the knowing I can't eat that's getting to me. So now I'm extra hungry and more cranky than usual. 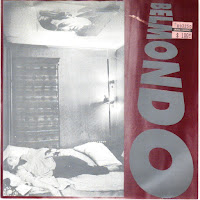 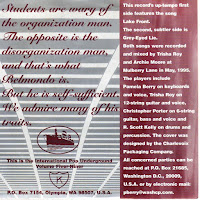 Jean-Paul Belmondo is a French actor who was in enough of those 60s French New Wave Cinema films that even you may have heard of him. I certainly saw as many as I could at second and third run art cinemas back in the 80's whenever I could. I loves me some Goddard and Truffaut.

Belmondo himself rose to fame with his starring turn in Breathless (1960) with Jean Seberg and her pixie cut. He is the epitome of cool with an unfiltered gauloises cigarette hanging from his lip. (and we're just going to pretend that the Richard Gere version didn't happen. It was pretty fucking terrible and Valérie Kaprisky was no Jean Seberg)

This Belmondo is a collaboration of Pam Berry and R. Scott Kelly who were each in a multitude of  other projects that have appeared here and others that will eventually appear and some that I will have to seek out now that I'm aware of them. They're like a one stop shop for all kinds of your 90s indie pop needs. And since I'm currently on a bit of a 90s indie pop kick fits right in with my mood.

More or less, I really want a whiskey... 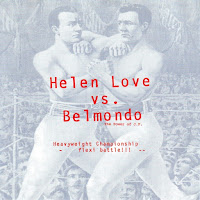 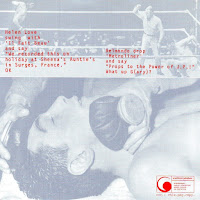 They also shared a flexi disc with Helen Love who according to Discogs are:

"Cult punk-pop band from Swansea. Formed in 1992 in Cardiff, United Kingdom. For the individual artist in credits please use Helen Love (3)"

Posted by Swinging Singles Club at 2:09 AM No comments:


It's the day before Valentine's Day.
I'm not in love with you, but I will let you buy me dinner. 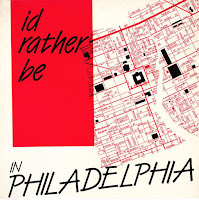 
I can't find an easy cut and paste listing of who and what's on this.

If you're curious and/or do not trust my impeccable tastes to deliver to you the finest of vintage Nu Wave synthesized goodness from the City of Brotherly Love at the dawn of the 80s then go ahead and look at the Discogs page. I don't care. I have shit to do.

I only picked this record for today's post because I'm expecting a large package of singles in the mail tomorrow or the next that is originating in Philly. That's sort of  how my brain works.


Posted by Swinging Singles Club at 1:40 AM No comments:


So I'm slowly working my way through everything in alphabetical order for the most part. Problem is that I keep getting new stuff. So I try and get the new arrivals caught up to where I was previously and then suddenly I'm back to the beginning and I have shit tons more to do before I can make any  new progress. (But then again, I'm also seven months ahead here and setting this up sometime last summer by the time you see it.)

I wonder if Sisyphus collected records... 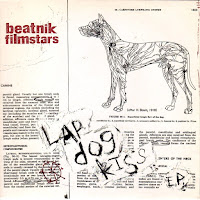 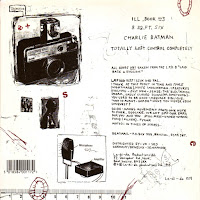 Here we are again at 'B' with the Beatnik Filmstars.

Lo-Fi recording. Songs to be found somewhere in the hiss and static. 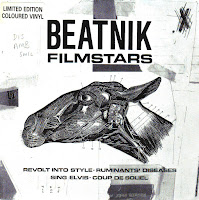 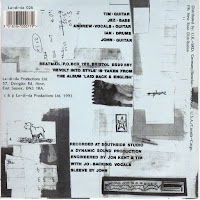 These guys pumped out a lot of records in their time on earth. Expect to see more in the future or just pony up some cash and go to their bandcamp page and ensure that they see some of your hard earned for their efforts. Your mother will be proud of you for doing that.
Posted by Swinging Singles Club at 1:21 AM No comments:


I just realized that this will post in February.

The Endless Tuesday of Months.

Here's some sunshine to brighten it up a bit. 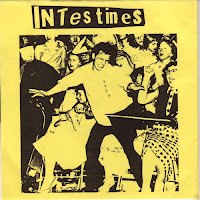 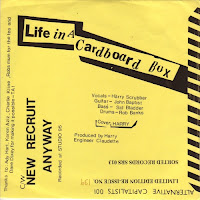 The Intestines. Raw, primitive and poorly recorded. This is the good shit.

(This is actually from a limited reissue put out in 2000. I'd complain about it, but I got it for like a buck. So...totally worth it.) 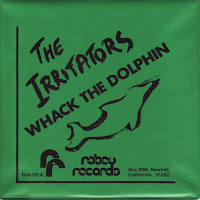 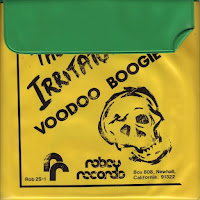 Then there's this. This is real. This is an original copy as housed in a custom vinyl sleeve (which I've read is because of a cardboard shortage or something in LA).

Side One is not actually condoning animal abuse. It seems to be about something else entirely. Perhaps you can figure it out and explain it to me. It's kind of confusing...

While there's not so much about them as a group, there does seem to be a couple of interesting artifacts that lend credence to their existence as a performing outfit.

First off is a blog post that has an ancient 1982 radio performance.


As well as this:

If being introduced by David Lynch on New Wave Theater doesn't secure your curiosity, then I suppose nothing will..

Posted by Swinging Singles Club at 8:25 PM No comments:

Here's a couple of things. 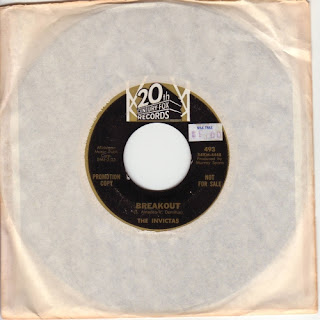 Some instrumental madness from the Invictas. The Discogs entry for them simply says "US group probably from Michigan" and mentions that they later picked up a singer and changed their name to Ruth Anne & the Footsteps. Now you know as much as I do. 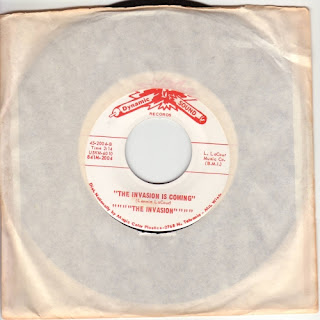 A nice little garage rock number about an alien invasion. Maybe. It's not like the lyrics really make a whole lot of sense on any closer examination. They don't need to. It's a garage rock song. It's better if they don't.

According to Discogs these guys were from Milwaukee, Wisconsin and had previously called themselves the Ethics. They had second single.

I wish I had that one too.
Posted by Swinging Singles Club at 3:59 AM No comments: