A Minute To Pray A Second To Die 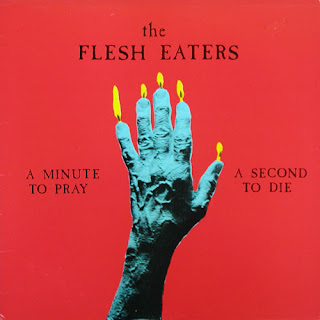 The band that backs up Chris D. on this record is half of X and half of the Blasters and all goodness.

Any record with DJ Bonebrake pulling out the marimbas is all right in my book. Also of note for this one is the one song not written by Chris D. "Cyrano de Berger's Back" which is a John Doe composition and an outtake for X.

Posted by Swinging Singles Club at 1:03 PM No comments: 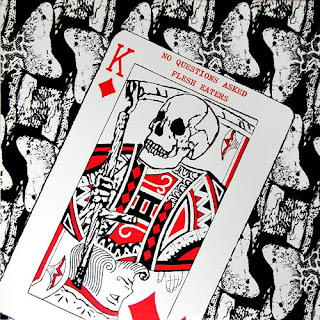 This is the first lp by the Flesh Eaters. The group led by Chris D.

It's dark, it's raw. His voice is unique, and this shit rubs me in all the right ways.

He broke them up in 1983 for a new band, Divine Horsemen and then reformed another version in the 90's which disbanded at the beginning of the century.

I hadn't listened to it in a long while before I pulled it out to digitize and all I could think as it rumbled out of the speakers was "Fuck yeah."

So I did all four lps and they will follow.


No time for introspection and words and shit.

I've got shit to do and coffee to drink and I'm working tonight. 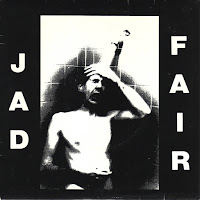 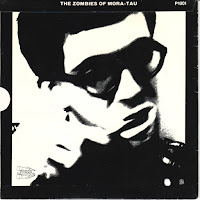 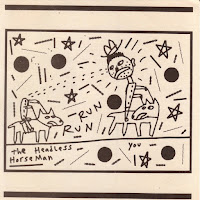 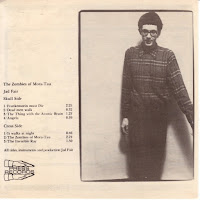 It's Jad Fair from 1/2 Japanese with a solo single in 1982. Notable for one of my favorite recorded sounds. The gunshot on "Mr Frankenstein".

I  actually have two copies of this. 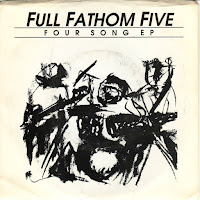 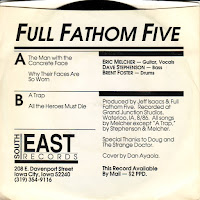 This Full Fathom Five was from Iowa City, Iowa. That's another one for your fifty states collection. They're mentioned in an article in the Chicago Tribune in 1989 if you're interested. Otherwise this is...well, it just is and precisely good enough that I wanted to add it to this shit show I call my blog.

I only have one copy of  this.  That's all that's necessary.

So there you go.

Posted by Swinging Singles Club at 12:34 PM No comments:

Dragged into the Light


A couple that there isn't a whole lot of info about that I've come up with on either of these or that I've really felt like digging for. 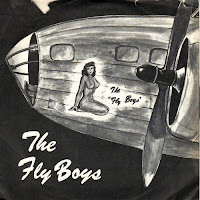 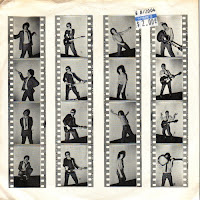 It's the apparent sole release by Minnesota's own Fly Boys with a three song adventure in Power Pop. "Jetsetter" leads off to be followed by the country flavored "Cruel World" and the whole deal capped with a solid bash at "Hippy Hippy Shake" originally by the Swinging Bluejeans.  It was a fairly common sight around town for a long long while, but not so much as of late.

If the term Power Pop floats your boat, you may in fact enjoy this.


But then there's this too 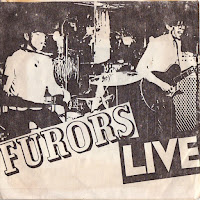 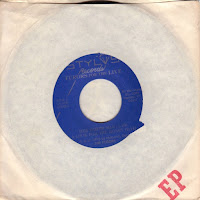 the Furors. Electric guitar and drums. That's it. That's all you need. It's raw and primitive and I dare say a bit nerdy or something, but thoroughly entertaining.
Have a look at this 1983 Xmas promo clip. The goofiness is infectious.
I mean, somebody organized a 38 song double cd tribute to a band that probably few people out of the immediate vicinity has ever heard of. There may be more to this than first meets the ear.

Long may the Furors reign. 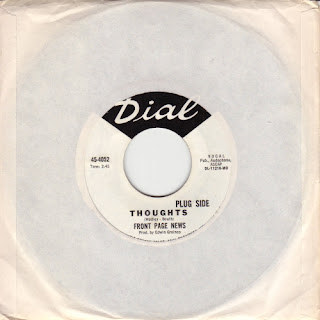 About all I could find about this single is that the band was from Tulsa, OK and recorded this fuzzy little number in Fort Worth TX and were originally called the New Imperials.
Who cares. It's a great fucking tune.
The older generation just doesn't get the younger generation with their loud music and long hair. It's the same old story of the ages. Flip is uptempo show number that might have gotten them some regional airplay if anybody had bothered to notice. 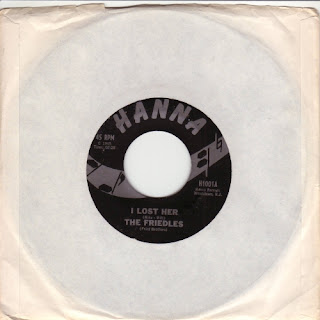 One of a pair of singles by the four Fried brothers from Penns Grove, New Jersey. Both sides of this make me happy. I only wonder if they're about the same doomed romance.

Garage Hangover has the scoop and a metric shit ton of more of  the same kind of raw 60's teen garage gooey goodness if that's what you're into.

It's a free country, more or less, and my dinner's ready.

Posted by Swinging Singles Club at 8:23 PM No comments:

So Square It's Almost Hip

Yeah, here's another of those weird posts that's a bit out of a lot of people's comfort zones. 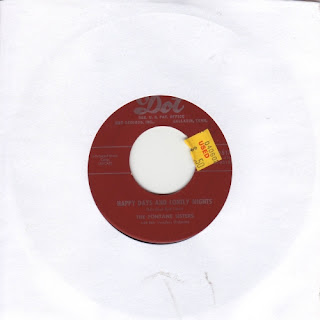 This is the really square shit that your white bread grandparents listened to while the  meatloaf cooked and the TV was only in black and white and brought to you by cigarettes. And on that black and white set weekly would come the Perry Como Show the ultimate bland as vanilla, non-threatening, oatmeal flavored, cardigan wearing motherfucker as ever crooned a smooth pop song.
A man who made Lawrence Welk seem edgy.

And one of the acts that would regularly grace this beige fandango was the Fontane Sisters. A trio of moderately attractive young ladies who swung lightly without the lurid gyrations of concurrent rock and rollers and whom you might consider bringing home to meet your mother so they could share jello mold recipes. 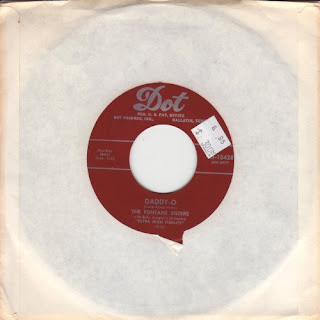 But then I find something kind of fascinating about this stuff. It's a time capsule.

And various flips reveal non-hip people aping hipness and failing, but in the same moment achieving another level of hipness in how absolutely square it ultimately becomes. This is just about as white as you can be before becoming translucent and in that there's a certain purity of form. 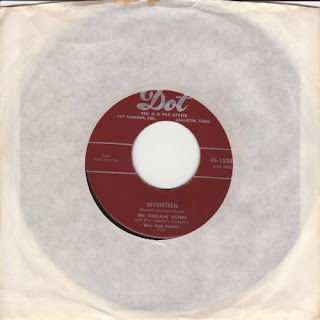 This is my personal favorite of this trio of singles because nothing says teenage quite like a song written by a professional middle aged songwriters. It's a toe tapper.

Put it in context against a contemporary Elvis track and you can begin to imagine how raw and primitive his early material must have seemed to the teens of the day.

A year and a half late.


Yeah, I've had this for a long while. Got it mail order.
Should have posted it during the Boyracer shit post fest of 2015, but the rip I made sounded terrible.

It's a charity record so a few corners were cut and the pressing is not the best. I know I've only played it maybe a handful of times and it's still pretty noisy. 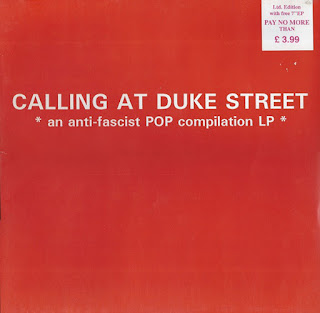 The Discogs entry lists this as having a bonus 7" ep. I didn't get that with my copy.

Now I have a sad.

Lots of familiar faces if you've been playing along at home. And some who will become familiar at a later date.
And entirely worth it if for no other reason than Beatnik Filmstars live version of "You Can't Fake a Sadness Like This"

Posted by Swinging Singles Club at 2:22 AM No comments:


In which we continue: 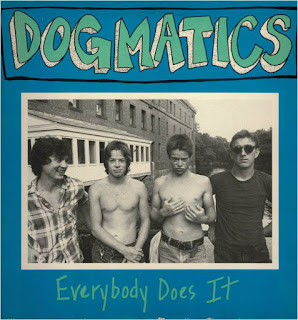 So it's the second and final release by the Dogmatics shortly before Paul O'Halloran's tragic motorcycle accident. It's another collection of rockabilly infused beer fueled rock and roll with lots of jokes and very few fucks given. Just like Elvis intended.

But of particular note is the song "Thayer St." which kind of pointed to a potential of what the band could have become if things had been different. It's in my not particularly humble opinion their finest recorded moment. Three chords and the truth and a video of them playing street hockey.

Pop a cold one and sit back and enjoy
Posted by Swinging Singles Club at 6:55 PM 1 comment: 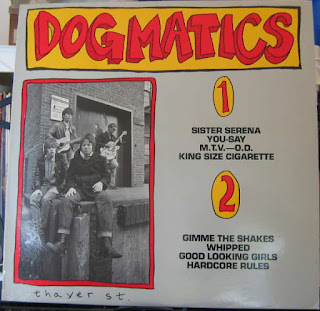 The Dogmatics were from Boston and I only really saw them a few times back in the day.

They have a website and apparently played a few times in some form or another in 2016. The website also has some biographical stuff that is better written and more succinct than just about anything I could come up involving the fun, beer and ultimately tragedy of their brief existence.

The only thing that I might add is that there is a story about what was likely a loft party where the Dogmatics were playing. At this said event was a young fellow name of  Charlie Chesterman who had only very recently moved to the big city from Iowa and who was in the process of forming Scruffy the Cat, a band I sorely loved at the time.
In the Dogmatics set they performed a song called "King Size Cigarette" which was originally by an obscure band called the Law who had put out a sole single in 1980 to little or no recognition. The song in question was written by one Charlie Chesterman. A awkward conversation occurred and everybody laughed and became friends.

It was a beautiful story.
The End.

Here's the other two singles by Fudge (8)

And the first of which is on the Bus Stop Label. 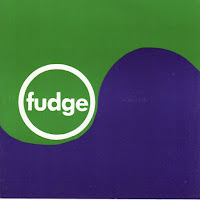 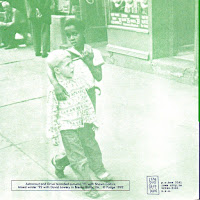 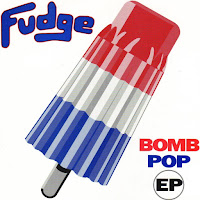 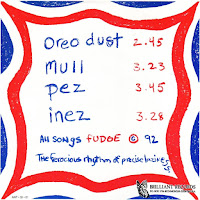 Even more mindless blather would go here if I felt like it.
Posted by Swinging Singles Club at 2:15 AM No comments:


I  was going to only queue one more post, but here we are. 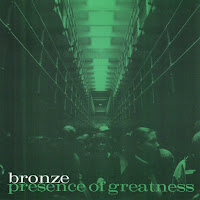 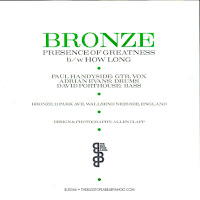 On the Bus Stop Label. Bronze was the brainchild of one Paul Handyside who had previously been in an 80's band called Hurrah! that I know fuck all about.

I got this to fill in a gap in my Bus Stop Label singles collection and have listened to it a sum total of twice so far.

We're all in the same boat now. 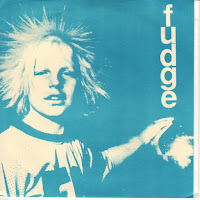 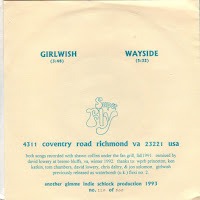 This is the debut single by Fudge who are the 8th band with that moniker on Discogs. This particular Fudge were from Richmond, Va. Here's a brief write up they got in the Chicago Tribune. It kind of lays shit out pretty succinctly. Their other two singles on the Bus Stop Label will follow in the next post.

Stay tuned.
Posted by Swinging Singles Club at 1:58 AM No comments: