But they are all from Massachusetts. 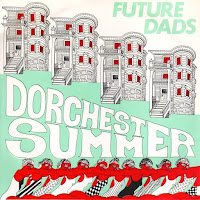 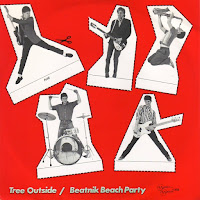 The plastic outer sleeve on my copy still bears the Newbury Comics $2.98 price sticker on it. I may have even purchased it from Aimee Mann. I don't remember. 1981 was a lifetime and a half ago.

Future Dads were the brainchild of Richie Parsons following the dissolution of Unnatural Axe who put out the punk rock classic "They Saved Hitler's Brain" 7" in 1978.

This is different. Turned up collar, loafers & no socks wearing rock and roll. There's a saxophone.
The songs is about summer in Boston. The title is the only lyric on the  b-side and the final track a bit of studio nonsense that was great when you needed a very very short bit to completely fill up a cassette side.

We in the Northern Hemisphere should be just about starting to consider the idea that Spring is actually going to happen again. There may even be patches of dirt showing. (though five foot snow banks are also a possibility in Minnesota)

Let this be a reminder of things to come. 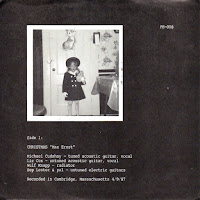 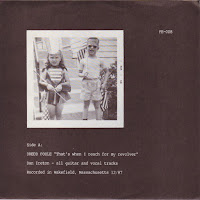 So it's 1988. Mission of Burma have been defunct for half a decade at this point and fourteen more years before the three of them decide to get the band back together and give it another go. Some jolly joker at Forced Exposure Magazine gets a bug up his/her butt to have the single that accompanies the mag be of two local luminaries covering M.o.B.

What happens is Dredd Foole (aka Dan Ireton, long time M.o.B. compatriot) does his solo take on "That's When I  Reach For My Revolver" returning the favor they did backing him on his first single disguised as "the Din"
While Christmas (a personal favorite who would go on to devolve into Combustible Edison) tackle "Max Ernst" which was the  b-side to "Academy Fight Song".
Well, tackle is probably a strong word.

They kind of tickle torture it.


And as an added bonus: 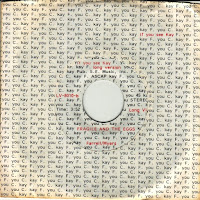 Here's the sole single by Fragile and the Eggs who apparently functioned as the house band for a recording studio outside Worcester, Mass. It's a nice little pop number about missing a girl named Kay and primed for radio airplay. The joke being in the title that's sung repeatedly in the chorus. (Sound it out if you haven't already got it.) You could play it for your mom and she'd never even know.

There's a short and a long version on the single.
I'm giving you the long version because I like you.
Posted by Swinging Singles Club at 1:10 AM 2 comments:

On Your Breath or Tires 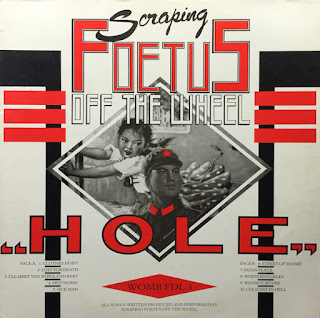 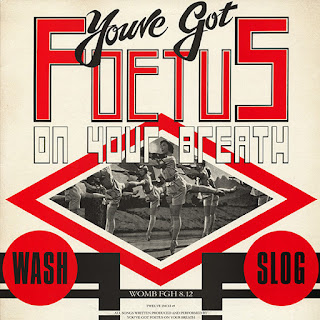 I'm pretty sure that I like the idea of Foetus (aka Jim Thirwell) much more than I actually like the music.

Which isn't to say I don't really dig some of his other projects. Steroid Maximus is lit as the kids might say. And anyone who is in any way connected to the genius of the Venture Brothers is already a winner in my book.

But these two, while very good efforts just aren't in very frequent rotation on my turntable. It feels a bit like he tries to hard sometimes. But it's all intentionally over the top and in your face and all those kinds of descriptive phrases. It gets to be a bit much for me sometimes.

I  post them now for your edification and discretion.
You may in fact be into that sort of thing.

Posted by Swinging Singles Club at 1:06 AM 2 comments:

My Shoes are cold 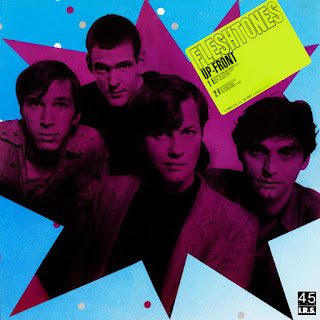 
I have a real soft spot for this band. I don't have a lot of their records, but then those never really do justice to the glory of the Fleshtones in the flesh. I have a very strong memory of seeing them live in about 1982 at an all ages afternoon show the Channel in Boston and leaving the club at the end drenched and exhausted, but having had a blast.
Live recordings or video don't quite capture the thrill of sweating your nuts off jumping around in a hot hot club while they ply their stripped down rock and roll wares.

It's a dripping throbbing frat party.

Togas optional, but generally frowned upon.

Posted by Swinging Singles Club at 12:51 AM No comments:


And there's nothing particularly momentous about it. 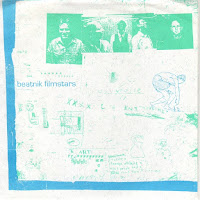 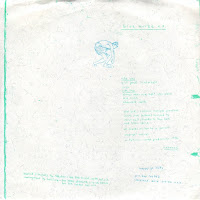 To add to posts of whatever whatever pasts comes the first in a trio of color themed (or more should that be "colour themed" since they're English and all that) Beatnik Filmstars releases....

Except just now looking back, I find don't exist.

I'm surprised since I thought I'd posted the other two already which was a gross oversight on my part that I'll rectify at some point.
Just not right now.

I'd have to move into the other room to do that and I'm lazily comfortable right where I am, thank you very much. 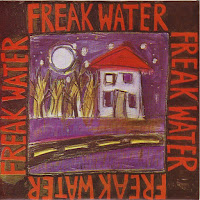 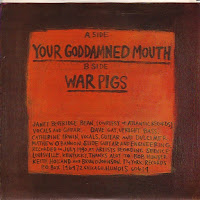 I don't know. I've never been a big alt-country or folk kind of guy. They're really good at what they do and their 2nd Lp "Feels Like the Third Time" has one of the best titles ever, but I've mostly kept this around for a passable acoustic take on Black Sabbath's "War Pigs" on the flip that I used to like to slip in DJ sets now and again to make people look up and wonder what the fuck it was they were listening to.
Now you have the opportunity to do the same.
It's amusing. Trust me.
Posted by Swinging Singles Club at 12:00 AM No comments: 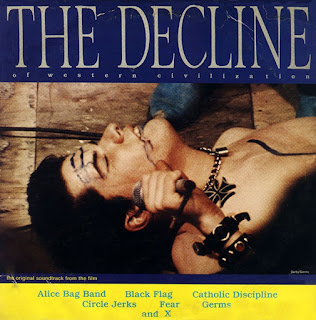 The Decline of Western Civilization (1980)

I've taken care to edit this one so that the talking bits are separated from music bits for those who want to hear punk rock instead of yapping. This is also perhaps my favorite recording of Black Flag's "Depression". I may even prefer this band to the Rollin's era. I'm weird like that.
Posted by Swinging Singles Club at 11:35 PM 2 comments:

I really don't feel like cleaning the bathroom, but tonight's my shot for the week to get that shit done..
But if I procrastinate by queuing up a few more posts on here I can at least feel like it wasn't a total wash if I don't go and get it over with for another hour or  so. 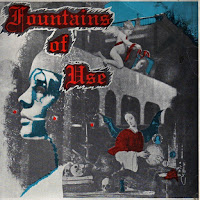 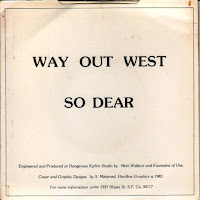 Apparently this band still exists, or re-exists or something or whatever. This is the sound of their misspent youth in what appears to be a hand colored sleeve which is a nice touch on some seriously awful graphic design. 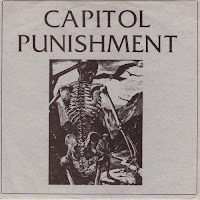 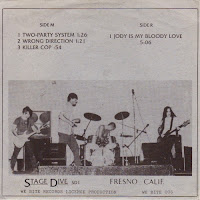 They were from Fresno, CA which if google maps is correct is about three hours from San Francisco. Perhaps these two shared a bill or two along the way back in 1983. I wouldn't be surprised. My copy is actually a 1986 German reissue of the original  release, so you know somebody liked it enough to make that happen. The flip side of this has a song called "Jody is my Bloody Love".  So there you have it.
Posted by Swinging Singles Club at 11:35 PM No comments:

Way Ahead of Myself 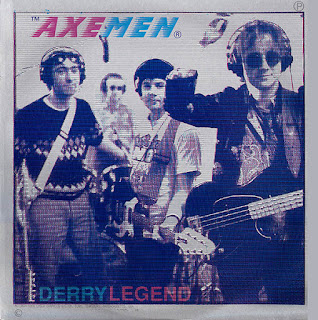 
So as I queue this post up for today it's months in the past.

The 2016 World Series is still going on.

Game 7 is tomorrow, my present time.

The Cubs will either have won for the first time since 1908 or not and make Bill Murray happy or sad depending on the outcome.

Don't tell me how it ends.

Here's the Axemen
Posted by Swinging Singles Club at 1:43 AM No comments: 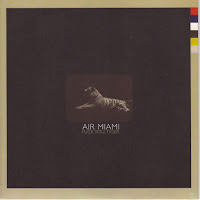 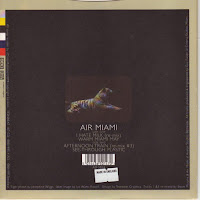 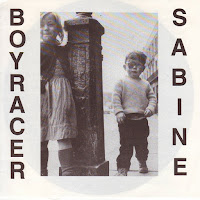 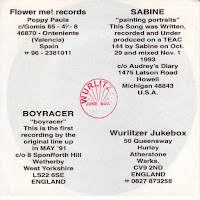 Sabine are related to Veronica Lake. They share two members in common. I'll post some Veronica Lake sometime later in this century.

You've got nothing better to do
Posted by Swinging Singles Club at 1:23 AM No comments:

Blacking out vs English Professors

This may or may not be a good thing. I like to imagine it is.

But this is my collection and I tend to quite enjoy my purchases. 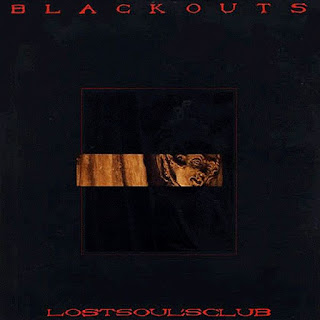 So if you've been following along at home, you may vaguely remember a post from a while back of  the first two singles by Blackouts. If not you can head on over to that and have a look. I'll wait....


So here's their 1985 swan song on Wax Trax! Half the band would end up joining Ministry around this time and Mr. Al Jourgenson himself took the producer's chair for this release.

I don't know. I'm a bit distracted. The tv is on and I'm barely paying attention to my own typing.

Just listen to it. I was a bit taken aback when I first threw it on the turntable. I would have absolutely hated it in 1985, but I would have been completely off base in my assessment.

So suck it, past me! You pompous music snobby little shit. 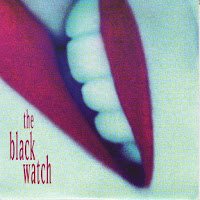 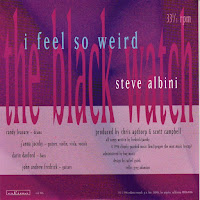 This is the Black Watch. This is what happens when an English Professor forms an indie pop band.
My wife likes them.  They have a lot of releases. She has some of the cds and I'll probably pick up more of it as I come across it. Make of that as you wish.

Posted by Swinging Singles Club at 12:44 AM No comments: