Second and final release on a major label subsidiary. And the final nail in the Dentists post coffin. That's all I've got. All you may need. Or better a road map for what you're going out and actively seeking your own copy of. 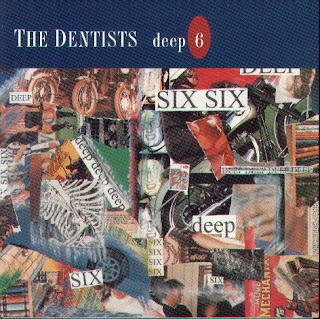 Get it while you can. It's still cheap and findable online. It's good.
And it's one of those things that when it's gone it will be gone and unfindable again. Trust me as someone who's put off buying some common things for too long until they were no longer common because everybody threw them out because nobody wanted them.
Posted by Swinging Singles Club at 8:50 PM No comments:

More of that good stuff.

Not that everything I post isn't a gem in one way or another. But I especially like these two. 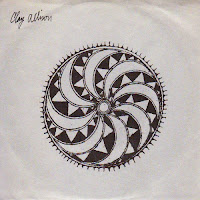 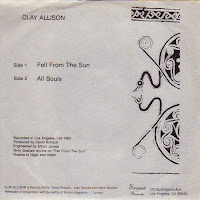 Kendra Smith, late of the Dream Syndicate with David Roback late of Rain Parade. They would go on to form Opal who would go on to become Mazzy Star with the departure of Kendra and the addition of Hope Sandoval. Hope Sandoval is quite easy on the eyes, but I really prefer Kendra Smith's voice for this dreamy reverby pop. This is an all time favorite single.

It's included on the long oop Early Recording's compilation by Opal. I might be convinced to upload that along with the more T Rex sounding follow up "Happy Baby Nightmare" if asked nicely. 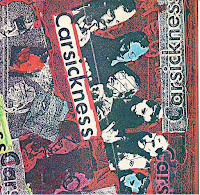 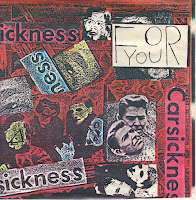 Carsickness were from Pittsburgh, PA. This doesn't sound at all like you would expect from the sleeve. That's a good thing.  Three singles and two lps. I'm still looking. I'd like more.

Posted by Swinging Singles Club at 7:43 AM No comments: 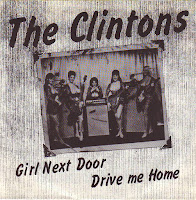 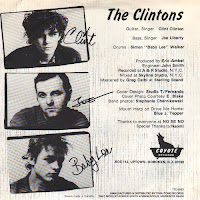 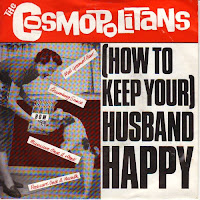 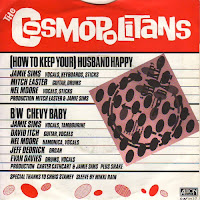 Draw your own conclusions, but frequent oral sex is not part of the lyrical content to this song.

Posted by Swinging Singles Club at 11:46 AM No comments:

It's hard to tell what they were thinking. 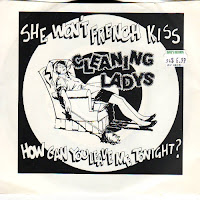 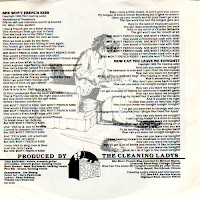 The extremely annoyingly improperly pluralized Cleaning Ladys  were apparently from the Chicago area. The lyrics are reprinted on the back of the sleeve in case you miss the jokes. (She won't French Kiss, but she'll otherwise bang you six ways to Sunday) There was an official video to go with it. You can youtube it yourself. I've got other things to do with my time. 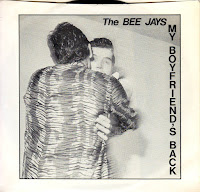 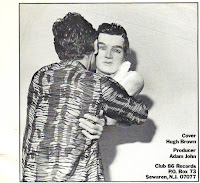 the Bee Jays (1980)
Same song both sides. A hilariously droll gay take on the Angels hit. With only a few minor lyrical modifications. I smirk every time he gets to "He knows that you've been lyin'/Soon we will be KYing" 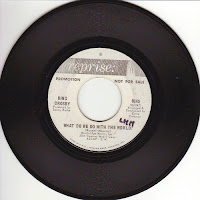 It's difficult to get people to really understand that the most popular and successful musical act of the 20th Century was not the Beatles that your grandparents like to remind you that nothing your generation will do will be half so awesome as. (fuck off, gramps.) It was Bing fucking Crosby. He dominated music, radio and movies for thirty plus years and then turned into a national treasure. He was also apparently a pretty nasty fucker to his kids, but beloved by millions otherwise. You may know him from "White Christmas" which is the only thing anybody remembers him for.

For a while at one miserable cooking job doing Sunday Brunch prep over the course of salaried 60 hour weeks I used to listen to a radio show dedicated to the Bingmeister. He recorded a lot of hacknied dreck and dreary ballads which apparently went over like gangbusters during the Depression and WWII. This little number stood out the one time I heard it such that I  had to track this thing down. It's as close as Der Bingle ever got to Rock and Roll and ever so dingily and dimly psychedelic that I knew I would have to have it.

What would we do with Earth once we've started colonizing the stars?

Fucking progress...
Posted by Swinging Singles Club at 11:06 AM No comments:

Google it yourself. Let me know what you come up with. 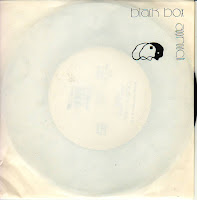 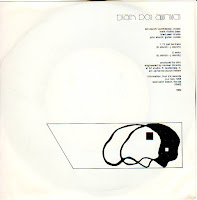 Florida. Synths. the Brothers Storch. Are they related to Larry? We may never know. 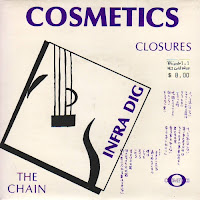 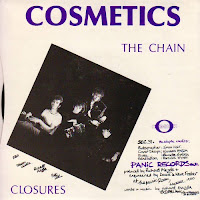 Third and final release. Look at their photo on the back. It sounds like you'd expect those guys to sound. Pretty much exactly so.

Behind the Door I Keep the Universe


Starting the month off with my penultimate Dentists post. 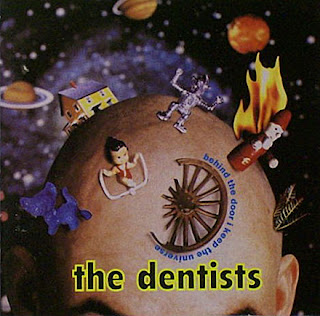 Here it is. Their major label debut which came and went with nary a whimper. It's still very much the same band, but now with added production which may or may not have actually been a bad thing. Personally, I'm less a fan of late 80's and early 90's production values and in a sense this long player lacks some of the immediacy of previous releases. But working in a proper studio with a budget is I suppose a learning curve and there is the sophomore slump. Perhaps not the first Dentists item I'll pull out but not one that will cause me to change if it crops up randomly.
Before this cd was released there was a special 3x7" box set called "Bigbangredshiftblackholes" put out with just about the entire album on it's six sides along with a few extra miscellaneous things including a pretty credible version of Motorhead's "Ace of Spades" I'm pretty sure I tacked that onto  this. (If not and somebody's interested just leave a message. I'm around.)
Posted by Swinging Singles Club at 8:33 PM No comments: