1992 was a year in the final decade of the 20th Century.
It was an Ok year, I suppose, as years go.
I mean, I had my issues with it,
but I think most people who lived through it
aren't harboring a deep seated calendar based resentment towards it as a whole.
It was simply a year that was.

And the year that produced these two records. 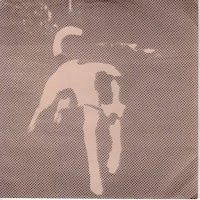 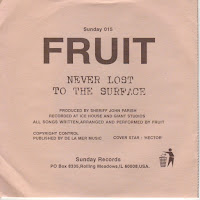 Hey guys, you, uh, named your band "Fruit". That's kind of a terrible name if you want people to be able to look you up on the internet. It's at least on Sunday Records so I knew it was the sweet indiepop. But seriously. Fruit? That was the best you could come up with? 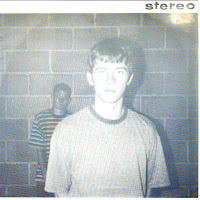 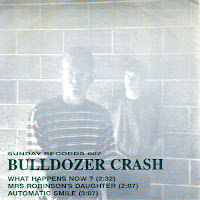 Your labelmates Bulldozer Crash had a better idea. Plop Bulldozer Crash into Google and you get plenty of links. Plus as a name it works ironically if you make quiet pop music.

Good job there, Bulldozer Crash.
Posted by Swinging Singles Club at 12:00 AM No comments: 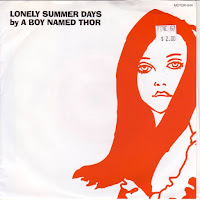 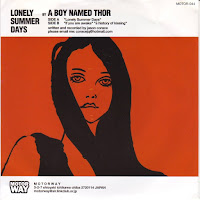 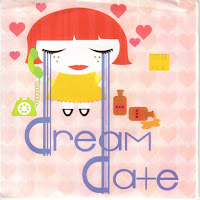 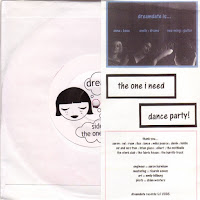 This is Real to Me


I can't really find any concrete stuff about this band that briefly called themselves the Imaginary Friend... 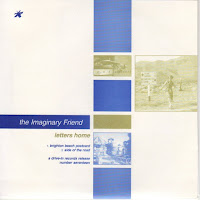 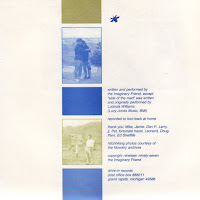 
I have to assume things that don't really matter much except that there is a third record that precedes or comes after these two depending on your source.

It's nice indiepop with lovely female vocals very well recorded at home according to the sleeve.

I'm also going to assume that the couple embracing on the back are the people involved since they also appear on the label of the other single. 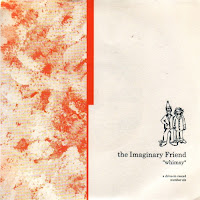 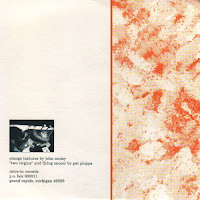 Anyway, it doesn't really matter. They chose a certain anonymity by not putting any identifying information on them, so who am I to go digging?

Well, I suppose it's because I like putting stuff like this in context and if they had other recording adventures, I'd like to hear that stuff too because I like these quite a bit.

But until. It's a mystery.
Posted by Swinging Singles Club at 3:02 AM No comments:

Email ThisBlogThis!Share to TwitterShare to FacebookShare to Pinterest
Labels: 1997, Portland OR

Not More of that Crap... 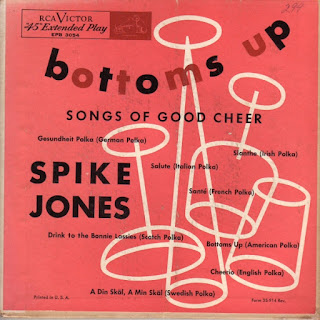 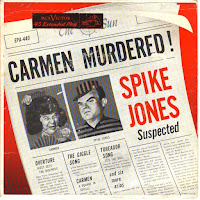 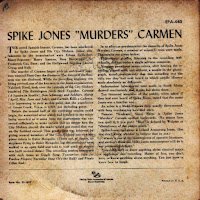 Spike and his gang take on the Bizet operetta and it goes a little something like this.

Brava!
Posted by Swinging Singles Club at 2:48 AM No comments:

You May Have Realized Something... 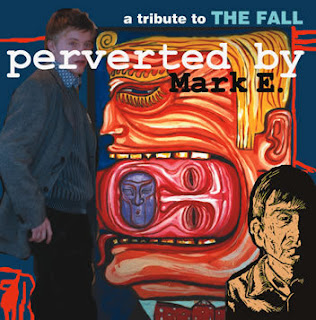 Fifteen years ago somebody put together a double disc compilation of people playing songs by and about Mark E. Smith. This is the result. Not everything works, but top honors go to Chris Knox for taking on "Hip Priest".

Pour yourself a pint or two and raise a glass in memory and tribute to the man, the myth, the legend of MES.

Because this file card in a Seattle record store sums everything up simply. 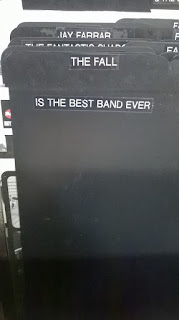 (On a side note as of the day before this post appears I will have managed to keep this farce going for half a fucking decade and I'm still not even close to having all my records digitized. I actually have more to do than when I started. sigh.)
Posted by Swinging Singles Club at 2:36 AM 1 comment:

Email ThisBlogThis!Share to TwitterShare to FacebookShare to Pinterest
Labels: 2004, the Fall

And his City Slickers


Because I'm feeling like I haven't alienated anybody in a while I'm going to load up a three record set of Spike Jones and his City Slickers live on the radio for you fine people. 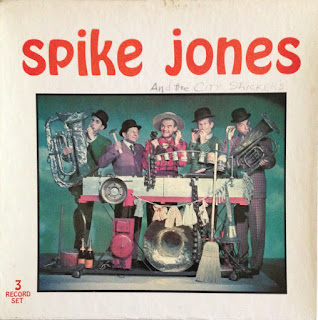 
I can probably trace a straight line for my love and tolerance of strange musical ventures to my earliest memory of a particular record. It was a copy of a cheap 1971 compilation of Spike Jones performing his musical mayhem to the stuff of Best Loved Melody compilations everywhere entitled "Spike Jones is Murdering the Classics"

I won't waste too much time and typing with his story. You can just google that shit.

The main thing is to remember that this is something that arose out of vaudeville and was finely honed in front of a live audience before making the transition to records and eventually television.

So here we have a cheap and dirty three record set taken from Spike's popular 1940's radio program performed in front of a live audience which just adds to the experience. It has that charge of performance that none of the studio recordings could match without an audience laughing along.

If you're so inclined, I'd also recommend looking up some of the originals that they're parodying so you can fully appreciate how far they took some of this material.

For an example: Here's the original version of "Holiday for Strings" by David Rose and Orchestra from 1942. Compare and contrast.


Definitely needs some clucking to really sell that tune...

Posted by Swinging Singles Club at 2:24 AM 2 comments:

Catching Up with the Late Arrivals and Hyphens


I'm going to make some carrot cake in a few hours. I'm letting the cream cheese and butter soften.
Carrots are already grated, so it should take about the time required to preheat the oven to throw the cake together and another five for the frosting.
Easy stuff.

Here's some recent additions to the discographies of musical entities previously posted here to fill out your dance card. Both bands have hyphens in their names and very little else in common, so it's not like we can crown this a new genre called "Hyphen Rock" or anything.

But it is tempting.

Perhaps it's up to you to create it. 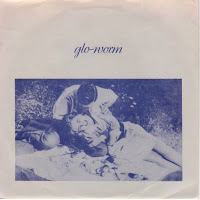 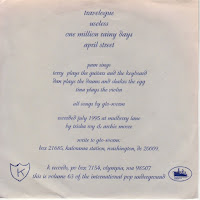 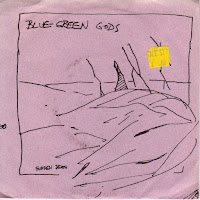 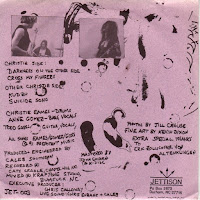 Chapel Hill rock. It's loud, raucous and your grandparents would probably hate it. That's a recommendation.

Posted by Swinging Singles Club at 2:00 AM No comments:

I Want to Finish Up on an Even Number


I've queued up a bunch of crap tonight.

This will by post number 640 which has no significance in itself, but seems like a better number to end on than 639. There's really nothing particularly wrong with 639, but 640 seems like a more solid number to close out on and a good place to start August.

And start it we will. 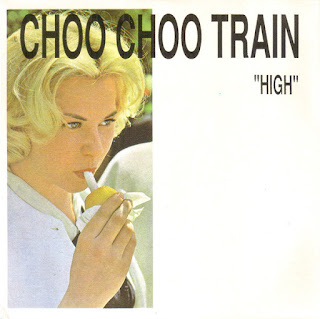 Choo Choo Train is the band that the musical partnership of  Rick Menck and Paul Chastain concocted before forming Velvet Crush. It's a lot lighter fare than would be provided by the Velvet Crush debut a couple of years later, but is still some fine late 80's pop. I'm getting to be somewhat of a completist for this duo's work...

Four lovely nuggets including "My Best Friend" written by Matthew Sweet who they've recorded and toured with for eons.

Just stop reading my blather and enjoy it while there's still a summer to enjoy here in the Northern Hemisphere...

This is just about as good as this stuff gets.
Posted by Swinging Singles Club at 4:13 AM No comments: