Sometime Google is Not Your Friend


I have nothing of import to add by way of an introduction to today's post, so let's just get right into it.
Shall we? 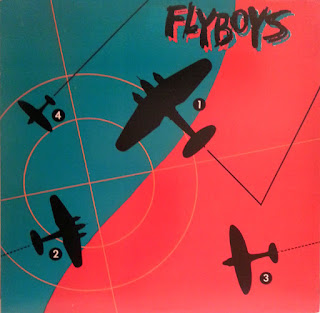 Flyboys. Sometimes you google shit and you get things you didn't expect.

I was doing a quick search for "Flyboys band California" expecting to come up with stuff related to this Ep and the band involved. Perhaps something related to their previous single "Crayon World" Some solid SoCal Pop Punk that the kids used to pogo to.


But then you go past the first couple of entries and Google has presented you with stuff like this: Fire And Aviation-A Love Story. Hot Tub Fantasy

"...The ladies just gazed at him. He wasn’t sure if he was a slice of meat or a Picasso. Taking charge of his fate he walked to the table and set the plate on it, sat in a chair, feeling awkward, and took off his shoes and socks. He was sheltered behind the trellis. After fortifying himself with a slice of salami he unbuttoned his shirt, got up and strolled to the hot tub. C. J. and Chris were flushed pink with heat and wine, their breasts bobbing, nipples full..."

Posted by Swinging Singles Club at 8:39 AM No comments:

Things are a Just Fine


We continue where we left off earlier. 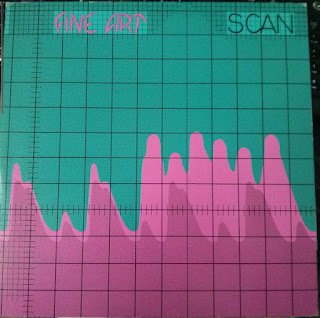 Here's the follow up 12" Elongated Player to the previous post by Fine Art.
Everything I said previously still holds though with fewer fuzz guitar solos and some evolution of sound as things push into the 1980s. There's a saxophone. It's gotten a little weirder. More flange and phase.
These are all positives.

Posted by Swinging Singles Club at 8:24 AM No comments:

It's Only a Matter of Time


I'm going to make a snack or breakfast or whatever after I bang this post out. Probably brush my teeth while I'm at it. Dental Hygiene is important too. The only thing on the agenda for the rest of the day is maybe a trip to the Asian grocery for a few non-essential things that are nice to have around the house but it's not a deal breaker for the day. Otherwise I'm going to just sit here and try and get a bit caught up with posts. If I work at this hard enough I will eventually be a year out in the queue and can ignore it for a good long while.
It's good to have goals. 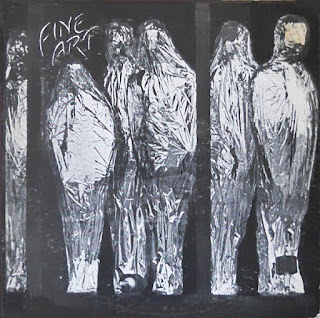 If you've been playing along at home for the past few years or have spent considerable time trolling through past posts you may remember the 12x8 compilation from a couple of years back. It's a record of various local Minneapolis/St. Paul bands that aren't Husker Du or the Replacements from the year of 1981. Lots of good stuff on there including the subject of this particular post, Fine Art.

This is their self titled self released Lp from 1978. It's one of those records that is just sitting there waiting for Numero Group to discover for some kind of deluxe reissue that will make the hipsters squeal and drive the price of this record into ridiculous realms. It's certainly deserving of rediscovery. It's a record that I probably would never have come across if it wasn't local to me. I mean, I scored a sealed copy from Electric Fetus for like twelve bucks. I call that a win.

The sound is a particularly interesting crossroads between underground threads and the passing of the torch between the tail end of the garage psychedelia underground ("Freezing Down") and the impending punk rock/new wave tsunami ("My Brain Hurts").  See Virginia, you can have it both ways. Synthesizers and fuzz guitar solos. Everybody's a winner.

As it is the Fine Art lp just sits biding its time. Waiting.
Take a second and sit with it.
Get in on the ground floor so you can yawn when it gets namechecked


Posted by Swinging Singles Club at 7:48 AM No comments:

When the Overhead Clicks On


I suppose I've been doing a lot of Lps as of late or something. That's what it feels like anyway.
Whatever. It's my party and I'll blog if I want to.
As it is my eyes are particularly itchy this morning. 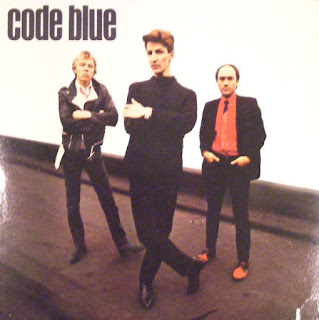 In the hospital it's actually kind of amazing how quickly your body reacts in that fraction of a second when the overhead clicks on and before somebody speaks. There's a faint sound that barely registers but your heart sinks and you unconsciously hold your breath before the voice comes over to announce something to see if it's a problem that you have to respond to. Code Blue is an arrest and means that CPR is probably in your future. That's a pretty shitty situation for everyone involved. I mean, the Red Cross or whoever never really make it clear just how physically taxing it is to do good CPR while the statistics of  people who make it through after an arrest even with good CPR is a lot lower than the TV would have you believe. It can be pretty brutal.

This record by Code Blue is a relatively recent discovery for me. I was minding my own business when stumbled across that Rhino Handmade had done a deluxe version of it. So out of curiosity I looked it up. I liked it. I also knew that  copies had been sitting in the bins at a local record store for as long as I could remember. I went out and bought my own copy. It's this one.

The band was formed by Dean Chamberlain after he left the Motels just prior to their first record. I like this better than the Motels entire catalog, so it's kind of a win from my standpoint. But in the wider world it's another major label Power Pop blip on the radar for a band that came and went in the matter of a couple of short years before being swallowed by the sands of time.
Posted by Swinging Singles Club at 7:21 AM No comments:


When last we had a moment and were posting compilations it was of various 1960's groups from the Midwestern state of Indiana.
I've driven through it. I spent one absolutely miserable Christmas in Indianapolis with a girlfriend and her mother who a) wasn't informed that I was coming and b) took a somewhat instant dislike to me.

But then there's this, so I don't know what to think... 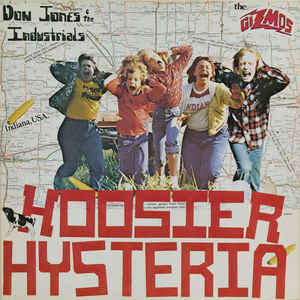 This album splits neatly between the art damaged nonsense of Dow Jones & the Industrials and the rocking of the Gizmos 2.0 (aka. the Dale Lawrence era) The big fish in the Bloomington, IN pond.

Now I could sit her and neatly type up the track breakdown of each side. But that seems as unnecessary as this record is necessary.
If you're here, you probably already have an idea of what it's about.
Go with your gut. Listen and enjoy the fuck out of it.
It's awesome.


Posted by Swinging Singles Club at 7:42 PM No comments:

Email ThisBlogThis!Share to TwitterShare to FacebookShare to Pinterest
Labels: 1980, Bloomington, IN


It's one of those nights where I have a sudden realization that there is a cat in my lap. I have no conscious recollection of her getting there. It's as if she magically materialized there in a warm purring puddle. 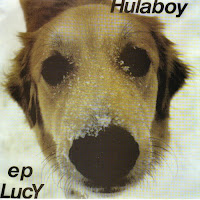 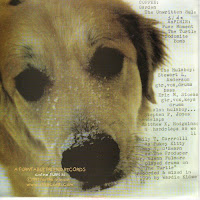 It's conceivable based on the sleeve for this Hulaboy release that one or both of the boys in the band (Stewart and/or Eric) are dog people. Lucy looks like she was a good dog.

I personally don't understand the division of such things. I just like animals. A cat just fits into my lifestyle better. She can be left alone for long periods of time, shits in a box and curls up very nicely with me when I sleep without hogging too much of the bed.
A dog is just so much more of a time commitment. Love them.
Consider it probably for the best if I  don't have one of my own. 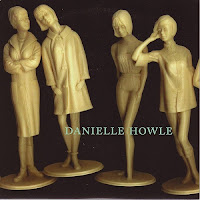 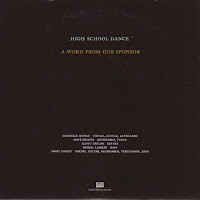 With nothing to really link posts together, I'm taking the easy  way out with the year. So in the same year that Hulaboy released the above, Danielle Howle committed this single to wax and Sub Pop found it in their beady little hearts to unleash it upon the world. We're glad they did.
Well I am anyway. And at least one friend who I put it on a cassette for in and or around that time.
So that's at least two people. Maybe you'll make it three.

One can only hope.

Posted by Swinging Singles Club at 7:29 PM No comments:

The Sum of Parts


I'm not feeling a lot of wordiness coming on here.
That's probably not the worst thing that could happen. I'm mostly waiting for a free minute to go and make myself a cup of espresso so I can stay awake up a little later now that I've had to flip my schedule to days from straight nights for a few weeks.
My whole world is topsy turvy and I feel pretty pathetic when I fall asleep at 8pm and wake up at 3:30am. It's just fucking wrong. 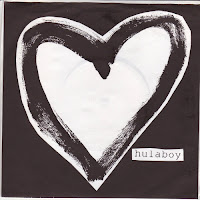 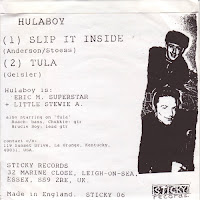 So what happens when two dudes from Boyracer (Stewart Anderson) and Hula Hoop (Eric Stoess) make records together.
Hulaboy.

Now go buy some of the in print stuff over at Jen & Stew. 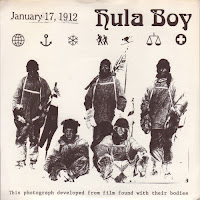 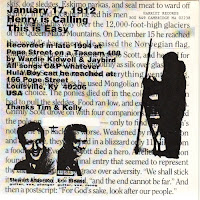 I really have nothing to add. It should ideally speak for itself.

Posted by Swinging Singles Club at 6:47 PM No comments: 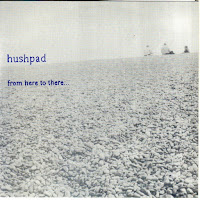 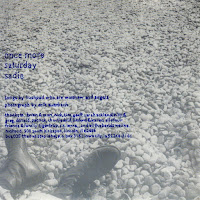 There are currently a few different bands using the name of Hushpad that I came up with in the few minutes spent looking up things. None of  them are these guys.

Anyway, twee quiet songs about love and longing.
This on is on the Bus Stop Label. 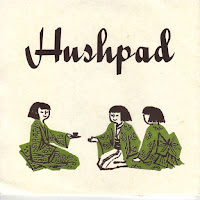 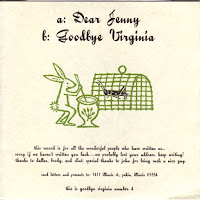 Their second and final single. More of the same. Would have been right at home on Sarah records.
Let that be your guide.
Posted by Swinging Singles Club at 1:37 AM No comments:

The Roman in the title is Polanski


I remember that from a contemporary radio interview when the album came out.
It stuck with me for some reason. 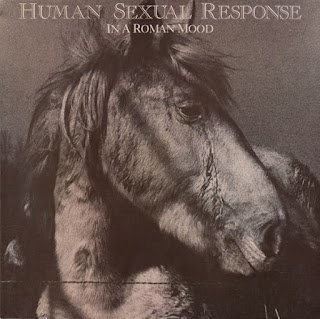 The sophomore and final Lp for this particular aggregation of people. Soon after this came out they'd lose the backing vocalists and strip down to a solid quartet that after at least four names finally stuck with the Zulus who put out a few criminally underappreciated bits before dissolving.

But that was in the future. Right now we're dealing with this lost masterpiece. If the previous one was a camp classic, this is where they hit stride. Songs are stronger, some are even stranger and it's heady and delicious. "Andy Fell" and "Land of the Glass Pinecones" are absolute stunners.

(And I lost my train of thought here when my wife woke up and wandered in the room to kvetch...)

Anyway. When I did the digitizing on this one I was thinking that it'd be a nice trip down nostalgia lane, but found myself surprised at how well this Lp has aged.

I don't know. Whatever accolades I'd lined up in my head have been lost.

I love this record.
Let that suffce.
Posted by Swinging Singles Club at 1:14 AM 2 comments: