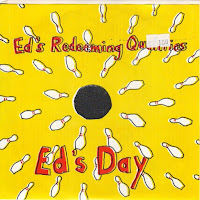 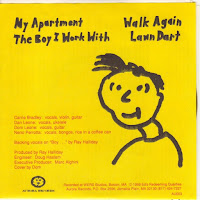 I quite enjoyed seeing this weird folk quartet ply their wry craft on Sunday afternoons at the Rathskellar in summer of 1988 or so. (1989?) First met Robyn Hitchcock at one of those before he got up to sing "Rain" by the Beatles with Galaxie 500. It was a magic and weird time with songs so dark that they could only be funny.

This lone and forgotten blog post kind of sums it up and includes a link to some live footage from one of the Ed's Basement shows. I was probably there. 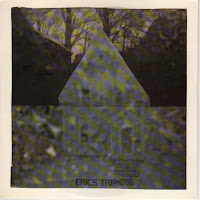 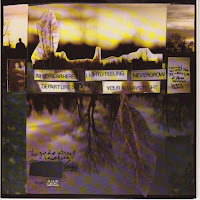 Lo-fi weirdness that found its weary ethereal way onto Sub Pop in the early part of the 90's and got lost there. They deserved better.
Posted by Swinging Singles Club at 1:43 AM No comments: 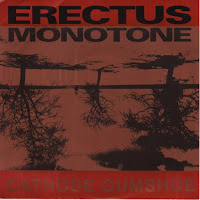 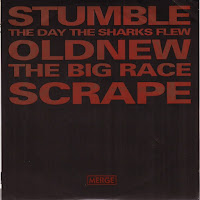 To quote the blurb by their label, Merge :

"Erectus Monotone all had the same goal: to play short, sweet, discordant pop with no guitar solos."

That is an apt description.Let it be your guide. 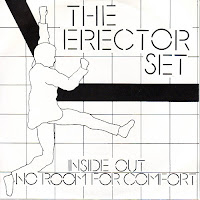 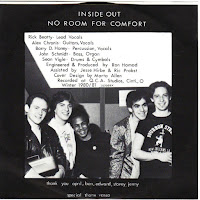 Posted by Swinging Singles Club at 1:21 AM No comments:


The cat is staring at me. I'll post this quick 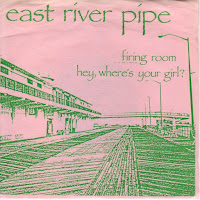 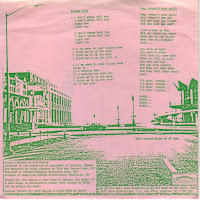 One man and his 4-track. I quite enjoy "Hey Where's Your Girl". Hell, I like both sides. 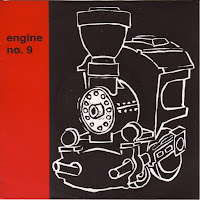 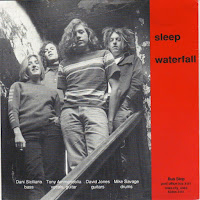 Bus Stop Label 08. Low fi guitar pop that sounds fresher than the cleaned scrubbed faces of the band members on sleeve. Except maybe the drummer because, you know, he's a drummer so he probably smells like weed. This band mutated into another one called Fudge who also released a single on Bus Stop. Small world.
Posted by Swinging Singles Club at 1:14 AM No comments: 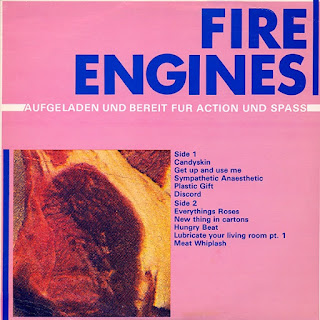 The Fire Engines were from Scotland. Just like David Tennant and haggis.

They existed from 1979 to 1980-ish. John Peel liked them. So do I.
They reformed in 2004 briefly to open for a version of the Post Beefheart Magic Band. They also collaborated with Franz Ferdinand. But don't hold that against them.
This lp is everything they'd released at the point when they broke up. I post it in lieu of the too fucking awesome to not listen to "Get Up and Use Me" single that I also have.
You need more. Lubricate your Living Room and have at it.
Posted by Swinging Singles Club at 12:37 AM No comments:


It's a new day, but let's listen to some old fucking music from Minnesota. 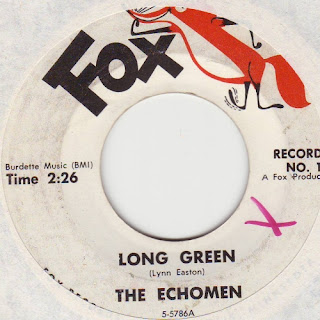 From Hastings, MN. Starting life as a surf band in the most landlocked portion of the continent. I mean, there's plenty of water around here, but no surfing to be had.  "Long Green" is a much better than one might have expected garage rocker about the evils of money. Reminds me of the Kingsmen on one of their better days.
A quick look on the interwebs says they mutated into another group called the Bedlam Four sometime after their eyes dilated and they recorded this ode to the Hydrogen Atom before calling it quits in 1968. 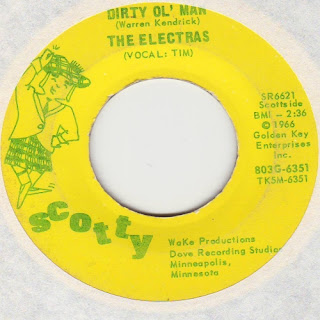 These boys came from Ely, MN and wrote this little envious fuzz pounder about that older guy that all the chicks love because of his car. (complete with car sound effects.) I mean, he's probably like 24 or something. Sure he can buy you beer, but can he give you that pure teenage love that only the singer can provide her? Probably not.... But fortunately for them they had the "Courage to Cry" for the flip.

Posted by Swinging Singles Club at 12:28 AM No comments:


A compilation of Minnesota alternative music circa 1981. 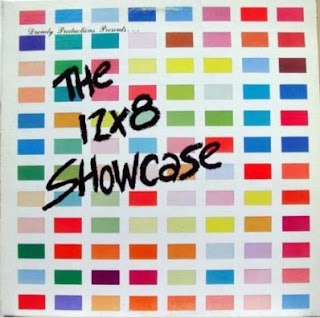 Blah blah blah. Minnesota. Some of these bands will appear here again. Some already have. I'll just copy the credits from Discogs and have done with it. I got shit to do.

Posted by Swinging Singles Club at 12:57 AM No comments:

The difference a D makes


It was so much presumable fun posting like named bands last time I'm going to do it again. 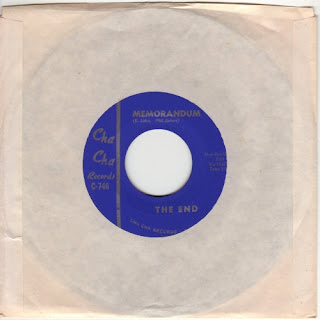 From Chicago. They apparently aren't big fans of paperwork and offices. They do apparently enjoy Buddy Holly enough to garage up a version of "Not Fade Away" on the b-side. Though it may be that they only learned the song from the Rolling Stones. 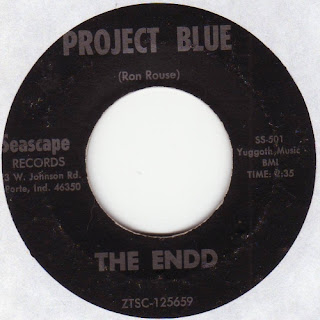 From LaPorte, Indiana. Our first Hoosier record, I think. This is one of those great fuzz records. The b-side here is a cover of the Banshees recording of "Project Blue",  the fuzz makes it worth the trip. I think I like the sparer sound of the Endd myself. For my tastes though the Plug Side "Out of my Hands" is the fucking money shot. It's a heartfelt fuzz ballad. He met somebody new and he can't help himself. It's biology, baby. Teen tragedy at its finest and that drum fill just slays me.

Posted by Swinging Singles Club at 11:56 PM No comments:

Email ThisBlogThis!Share to TwitterShare to FacebookShare to Pinterest
Labels: 1966, Chicago, IL, IN, LaPorte

No, this isn't a post dedicated to the guitarist formerly known as David Howell Evans.

It's been quite a while since I was a simpering teen in need of uplifting anthems to get me through the day because I couldn't get laid mostly due to being a simpering teen.

Instead it's another post of bands with the same name. UK v. US : the Edge. 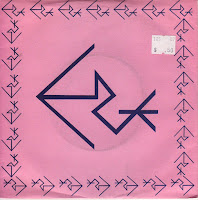 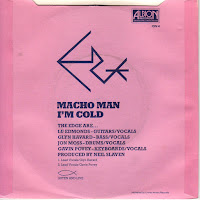 These guys are Edge (8) on Discogs meaning they weren't the first ones to come up with this clever moniker. It is a solid effort though. Probably more skinny tie than safety pins, this lot. I would certainly spend another fifty cents on other items in their back catalog, if not entire dollars. 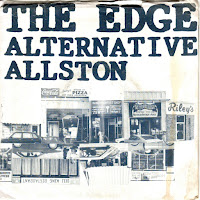 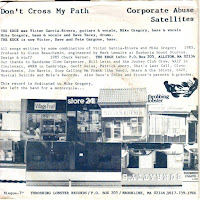 These guys are Edge (11). The one sentence bio says that they originated in Cincinnati before moving East to Allston, MA (or Boston if you didn't want to explain it to anybody). The record is pretty Ok. I liked it better this time through than I remembered, so maybe it's a grower. I mostly really appreciate the sleeve. It's an ugly sleeve to be sure, but since those are my old stomping grounds on Harvard Ave between Comm Ave & Brighton and in 1985 when I was actually stomping them.
On the front there's Deli King: bad cafeteria food. In Your Ear records where many a meager paycheck went to die & Riley's Roast Beef. Open late for your bar close hunger and best not sampled sober. Back side has the Store 24 where I'd buy cigarettes and where after some long lysergic nights one could purchase orange juice. Then there's Bunratty's which was the local long haired Rock club that never had anybody I wanted to see play (which was too bad because I lived like three stumbling blocks away. And of course, the ever present Steve's Kitchen where I spent quite a few weekend mornings nursing a hangover and eating greasy gyro & eggs. Steve himself being a burly Greek man whose wife worked the counter and would sometimes sport a shiner. Good times. Bad coffee.
(Not pictured but on the same stretch of Harvard, Blanchard's Liquors (Grab a 40 on the way home) and Mr. Music where Bruce and I split the cost of a $100 cheap as shit short scale bass for home recording.)


This is the 13th post to be thrown in the queue tonight and when it appears via the magic that is the interwebs it will be approximately three months from the time that I've typed this nonsense and at least five months since I digitized the record and uploaded it in preparation for getting this shit together.

I've also noticed that there are a few more people at the very least looking. So I've got that going for me. 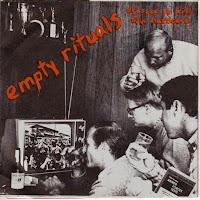 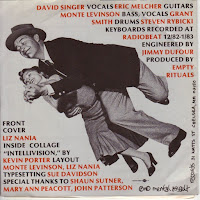 This certainly doesn't sound like I expected it to based on the cover. Sometimes that's a good thing. Lyrically it's a bit juvenile, but that's Ok. They certainly have some strong post-punk opinions. They appear to have been from Boston. 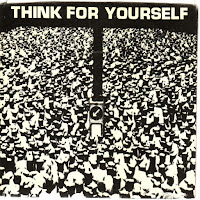 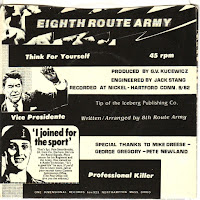 From Northampton, Massachusetts. This on the other hand does sound like I expected from cover. Sometimes life is like that. A small pile of cherries. You supply your own bowl. Take that how you want.
Posted by Swinging Singles Club at 4:26 AM No comments:


A couple more from the Bus Stop Label.
More girls making pop music.
I do not now, nor have I ever had a problem with that.
I like women. I like Pop songs.
Win/win. 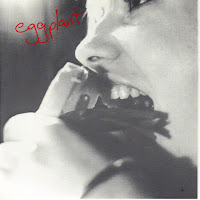 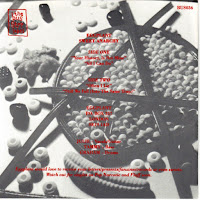 There was never much information to be gleaned about Eggplant on their releases. It doesn't really matter. There's always the music to go back to. 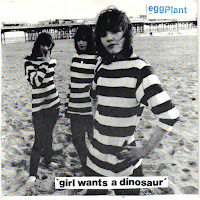 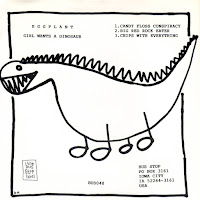 They kind of were and then they weren't and then Bus Stop put out a compilation of the existent singles. Such is the circle of life.
Posted by Swinging Singles Club at 3:53 AM No comments: