I got this lined up before I realized that the 13th compilation day was yesterday. 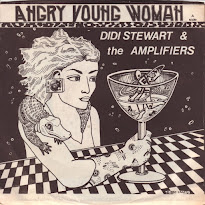 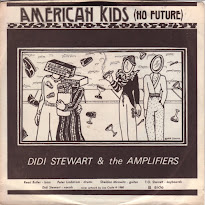 There's a fine line between what some would call Punk vs. New Wave vs. Rock and this is kind of all of that thrown together in a nice black and white sleeve.

I can imagine these folks going over well enough at the time to small crowds.

These days Didi Stewart is a vocal teacher at Berklee. Good for her.

Life changing, not so much. Nice sonic postcard of a time and place and what it sounded like, absolutely. 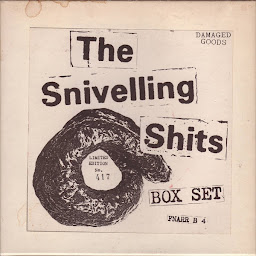 Ok first we need to admire the absolute wonderful punk rock hilarity that is the name alone.

Secondly we need to acknowledge the genius of the song "I Can't Come".

It's what happens when you let music journalists make punk rock.

This 1989 box contained a postcard, a couple of stickers, a badge and this 3 song 7" record which isn't the single as originally released but three previously unreleased demo versions that sound just as poorly recorded and half assed as the regular version. Though the compressed mosquito buzz of the guitar on the demo "I Can't Come" is more preferential to me than what got released at the time.

Posted by Swinging Singles Club at 2:55 AM