I Hope I Remember How

There's a new interface with Blogger that I wasn't fully prepared for.

It's actually been any number of months since the last time I set up some posts.
It's September of 2020 for me now.
What a fucking shitshow.

I think I've got it under control now.
Not that it really matters since I'm actually going through a pile of a couple dozen recent acquisitions rather than the regular boxes. 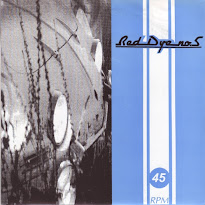 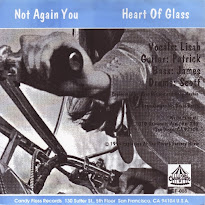 Red Dye No. 5 were from San Diego.
They do an admirable cover of "Heart of Glass" on the flip here. 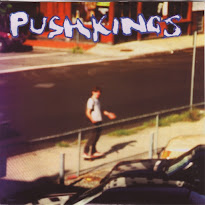 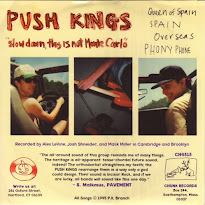 The Push Kings were from Cambridge, Massachusetts because apparently saying you were from Boston proper is not snooty enough or something.

They made a number of records in their short existence.

This is the first of them.

I like it a lot more than the new Blogger posting configuration, I can tell you that much.
Push Kings seem a lot more intuitive and user friendly.

Posted by Swinging Singles Club at 12:43 AM