I Did This Wrong

I intended to post in the other blog, but somehow got here instead.

No biggie. I'm distracted. I need to grocery shop and I'm hungry.

I may order a pizza.

On the positive side, it's been above freezing the past few days four months ago.

I started thinking about stuff and I wonder if I followed through on any of it.... 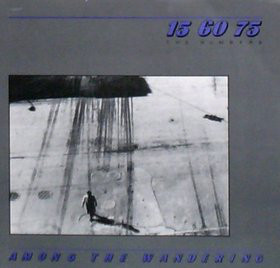 So without any further ado, here's 15 60 75 again with their third long player, "Among the Wandering".

The band has been around for half a fucking century at this point is very high on my list of reasons I might actually go to Cleveland besides crossing Progressive Field off the baseball stadium list. I get stuck occasionally in Youtube holes watching clip after clip.

I really haven't spent as much time with  this particular Lp though.

It unfortunately suffers, at least to my ears anyway, of a bad case of 1987.. The sounds and recording/production techniques kind of date it a lot. The songs themselves are up to snuff and as evidenced by some live versions on Youtube quite good stuff with the 80s scraped off of them.

Your mileage will vary and I hesitate to say it's a "bad" record.

It's not, but choices that seemed good at the time to update a sound don't precisely work as intended a couple of decades later. The updated version sounds more dated than previous recordings. It's a paradox. Go into it with open ears and a bit of caution and you'll be fine.

There are still other things to find and discover by them. If I had a record label there'd be a nice box set. But I don't.